FreeDivers are a Barcelona-based indie rock trio. Bassist and founding member Rafa d Villegas talks us through the early days of the band and what to expect when checking the band out. 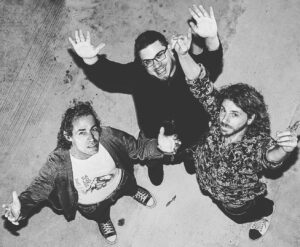 In October 2019 I had some interesting sounding riffs, and some lyrics, but I needed someone to help me put everything in order, and then I met Sergi. He liked the project and we started working together. Without it, it would not have been possible. Then Xavi joined us and we already had the band. We are a very young project just 2 years.

The first concert was a bit chaotic, we needed more rehearsals. Maybe it was a bit too rushed, but overall it went well. We enjoyed ourselves and the people did too. This first concert helped us to know what our weak points were and work them more

People should expect that we are three guys who are going to give everything. That we are going to get totally involved and that our goal is to connect with them and that they enjoy the show to the fullest.

We believe that you must be honest in what you do, and it is also very important to be original. Try to be yourself. no poses. People distinguish that.

Well, our latest single Isolation has just been released. and we are working on a 6 song EP where we will include some acoustic. We have other ideas, but we prefer to wait until they are more advanced to talk about them

Personally, I like Foo Fighters a lot, I suppose Sergi and Xavi have other preferences. But if I had the opportunity to decide I would do it for Foo Fighters, it is a band that I have always followed, and their music has had a lot of influence on me. Opening for them would be great 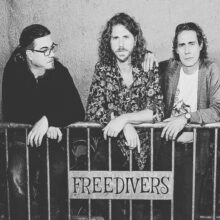 It’s complicated, the current music scene is full of excellent bands, saying the name of just one of them would not be fair.

My earliest musical memories revolve around the Seattle music scene of the 90s. All those bands in some way marked me. The exact timing couldn’t be said, but seeing Nirvana perform at Reading Festival had a lot to do with that decision. I have the Live at Reading video at home and have watched it hundreds of times

Maybe the album Where Angels Fear to Tread (1983) by Mink De Ville. It is an album that I have a certain affection for.

Well, our plans for 2020 were all ruined, with the global pandemic situation everything that we had planned was turned upside down. now we only plan to continue composing and doing studio work. We hope that the situation will change, and then we will adapt.

Well, we really have to admit that we are not yet as active as we should be on social media, considering how important it is to connect with people. but we will do it little by little. Anyway, if people can find us here: