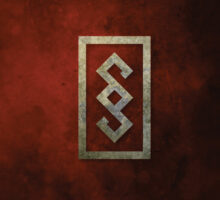 Bandquote about this new single:

“The idea for this song was to have another fast, loud and rude song in the line of our debut single ‘Lost In The Dark’ “ .

Sin Savage brings a mix of old school heavy metal with roaring metal riffs and rhythmics you just can’t say no to! The lead singers raw voice manages to get your attention in no-time. The result is a blend of old and new hard rock and metal with some serious guitar work.

Sin Savage, is a Belgian heavy metal band, founded in 2019 by Zan Geeraerts, Jasper Vanderheyden, Vassili Golfidis and Andreas Timmerman. This foursome had gained a lot of experience in a number of earlier projects, but wanted to climb up the ranks and make Belgium great again! And so Sin Savage was born. They came out with the single ‘Lost In The Dark’,accompanied by a music video. The critics loved the raw sound and many compared Sin Savage with a newer version of Motorhead and Judas Priest.Their debut album, also called ‘Lost In The Dark’, released a couple of months later, containing 4 self-written songs. A confluence of beautiful rhythmic, fast songs, singing harmonies, incisive and sometimes brutal lyrics. It was rated 9/10 in Benelux’s Rock Tribune magazine. Over the year, Sin Savage shared the stage with many big Belgian metal bands and managed to get the respect they deserve in the Belgian metal scene. The band continued to write new songs and entered the studio in January 2020 to record 3 new upcoming singles. These songs are bound to blow your mind!

More about Sin Savage can be found at: