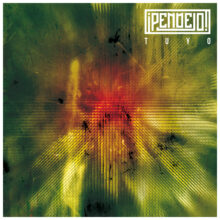 Dutch rock band ¡Pendejo! have released their new song called Tuyo with a new music video. This time, the band chose the original soundtrack of the well-known Netflix series Narcos to cover it in their own way.

The story behind covering this song goes back to the 80’s, as leadsinger El Pastuso tells the following:
“As a young boy in 1988, as a reward for all my hard work at school in Holland, I was allowed to travel to Colombia, my country of birth. My uncle and aunt, who lived in Bogota had invited me, and I thought this is surely going to be the best holiday ever! Nonetheless, the current political situation in that year made my parents feel hesitant, and in the end they didn’t let me go that summer. So yeah, I blamed Pablo Escobar for that. Sure, the misery in Colombia was not entirely his doing, but in my mind Pablo Escobar was the cause of my broken dreams. If you have to blame someone, blame the murdering sociopath.”

Almost three decades later, El Pastuso came across Escobar’s “ghost” once again, but this time on TV.
“I devoured the first two seasons of Narcos on Netflix. Brutal, well-made and sort of true to the history and all. But when Menno, our trombonist, came up with the idea in 2019 to cover the introduction theme Tuyo, I objected. The whole romanticizing of Escobar, that somehow got a bit of a revival in Europe with Narcos… just ridiculous. Okay, this song is not so much as an ode to his legacy, but still, it has some reference to his mother, who was a despicable human being. But when I heard Menno’s new arrangement of Tuyo, then the thing totally made sense. So we went for it.”

¡PENDEJO! is a heavy rock band from The Netherlands, founded by two cousins with a history in Latin America. Digging into their latino roots they started blending heavy riffage, right-in-your-face lyrics in urban Spanish and to top it all off, a screaming trumpet. Leaving their skid marks in the underground scene throughout Europe and Latin America and sharing stages with influential heavyweights like MONSTER MAGNET, FU MANCHU, KARMA TO BURN, MONDO GENERATOR and HELMET, the band puts on a show for anyone who is not afraid to be grabbed by the cojones and to be thrown into a spicy puddle of chili con carne. In 2019 !PENDEJO! was touring in Argentina, Paraguay, Uruguay, Germany and Holland, partly with their brothers in arms from Banda de la Muerte. Shortly after their Swiss-German tour in January 2020, just before the Corona-shit hit the world, the band recorded five covers, from which Tuyo is being the first to be released on 19th June.

Previous Sin Savage: New Single – ‘Blinded By Lies’
Next ANOTHER DAY DAWNS: Release “Forget Me Not”