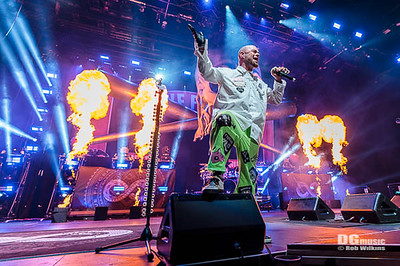 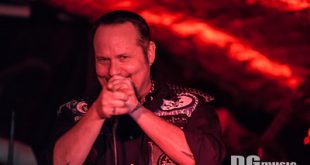 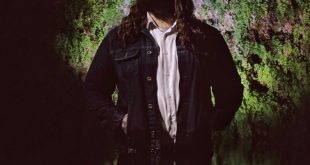 When you see a line up of this quality there is no way that you want to miss it, so I was jumping for joy when confirmation arrived that I had a place in the pit for what I was pretty sure was going to be a very early contender for “Gig of the year”. 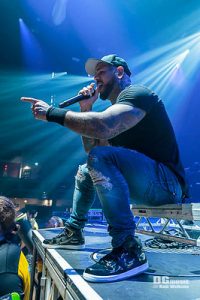 The queue at the Motorpoint was huge. Stretching way into the distance and occasionally erupting into singing and chanting. Once I was inside it was good to see that the black sheeting that often restricts the size of the arena wasn’t needed. A genuine full house it would appear.

Taking to the stage to open the proceedings were Bad Wolves. Now, if I tell you that my number one track on Spotify last year was “Zombie” then you can imagine how much I was looking forward to this. I wasn’t disappointed! They may have been first up but they gave a performance worthy of any headliner. Tommy Vext is a frontman that quickly builds a relationship with the crowd. At one point he described himself as a “suicide survivor” which reduced a huge crowd to a very emotional silence followed by a ringing cheer. The introduction to the set closer is similarly emotional as he talks about the events as they recorded “Zombie” and Dolores O’Riordan’s passing. The live version is simply immense and Bad Wolves leave the stage to a huge ovation. I am sure that when they return it will be to a crowd of their own rather than as opening act. 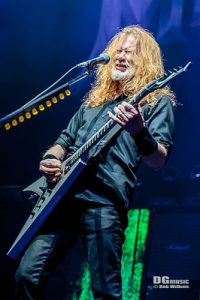 Of the three bands playing, Megadeth were probably the one that I wasn’t particularly excited about before the gig. That didn’t last much longer than the first few bars as they opened with “Prince of Darkness” and then proceeded to deliver a set of absolute classics. The emotional atmosphere peaked as Dave Mustaine announced that he was now “100% cancer free” to a massive cheer. Wave after wave of intricate yet effortless thrash metal were sent soaring out over the arena. For me, a relative newcomer to the band, the thing I enjoyed most was the constant movement around the stage. Every person in the crowd got a close up view of every member of the band, and their differing styles were easy to see as they used a series of video screens to expand the limited space usually given to a support band. Arena crowds can be a bit staid but many an old rocker was full of youthful vigour as pits opened up all around the arena and security were given plenty of work as bodies piled over the barriers. Finishing with the immense “Holy Wars” they took an extended goodbye as they lapped up the adoration being showered over them. 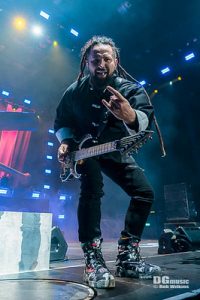 Finally to the headliner. The curtain dropped revealing a huge skull and crossed baseball bats dwarfing Charlie Engen’s kit. Ivan Moody cackled in glee and the stage exploded with fire, lasers, confetti cannons and a lighting rig that seared the eyeballs.

Opening with “Lift Me Up” and careering into “Trouble” and “Wash it all Away” and I am grinning like a mad thing whilst singing along. Moody’s stage presence is extraordinary and his ever changing wardrobe keeps things fresh. “Jekyll and Hyde”, “Sham Pain” and a massive version of “Bad Company”, the songs just keep smashing you between the eyes in much the same way as the flailing hair of Zoltan Bathory and beard of Chris Kael battered the front row. Jason Hook on the other hand was oddly quiet and restrained. A recent announcement that he was leaving the tour for health reasons explaining his demeanour. He did however steal the limelight with some amazingly visual solos, one with guitar flashing in time to the laser accompaniment and another way above the audience on an ever rising pillar. 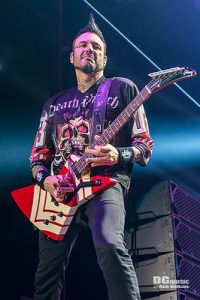 “Burn it Down”, “Got Your Six” and “The Agony of Regret” all kept the energy up before the most sublime acoustic version of “Wrong Side of Heaven”. Moody’s introduction, explaining that he usually doesn’t talk about songs as they can be emotional or about things he would rather forget, but then explaining that the song was related to his grandmother, was simple and set the tone for the Welsh choir to sing every word with passion and feeling. On we went. “Battle Born” leading to “Blue on Black” (another delicious cover) and then “Never Enough” rampaging into “Burn Motherfucker”

For encores the treats kept coming. “Inside Out”, “Under and Over It” and “The Bleeding” making it a setlist of classics and newer tunes that balanced beautifully.

Before the gig I wondered whether it would be an early contender for gig of the year. By the time it had finished I would put it up there as one of my favourite gigs ever. All the way home I had 5FDP on the playlist and haven’t really stopped since. I was even tempted to buy a £130 hoodie, but sanity prevailed! 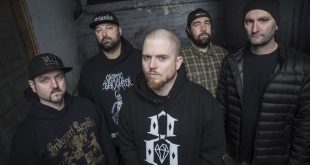 After landing the biggest song of their 25-year career, selling out shows worldwide, and finishing … 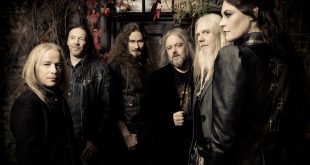 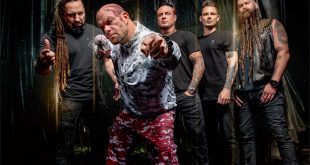