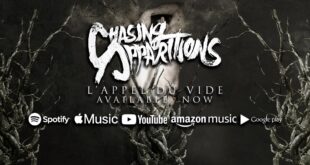 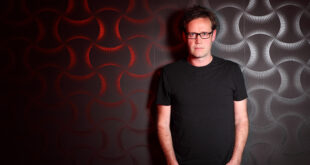 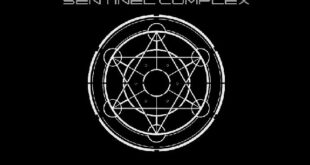 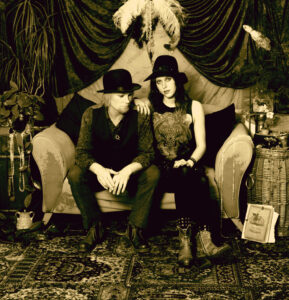 Julia: I went to see one of Mark’s solo shows at a music festival here in Berlin back in 2008. I’m a fan of everything that is Australian, so I had to go and check out what this Aussie guy was all about. I really enjoyed the concert and actually felt like dancing, which (trust me) is not normally the case! After the show I wrote to Mark over MySpace – yep, remember that? – to tell him that I had loved his gig. He had a look at my profile and saw that I played bass and sang, which happened to be exactly what he was looking for at the time. We met up not long after and spent the whole day and into the night chatting about music and life. Here we are 12 years later and we’re still in the band together and loving it.

UTT: Our first gig was a mixture of excitement, fear, anxiety and “Wow! This is actually happening”. It went by so fast. I think we enjoyed it a little but can’t really remember.

UTT: We are a two piece from Australia and Berlin, but for bigger live gigs we bring in a drummer. When you come to a UTT gig you can expect to get 100% involved in what is going on; the atmosphere is normally awesome and a bit nuts! People dance, scream, sing, chant and go a bit crazy, which we really love. We treat it as if we are playing to a few hundred people in our lounge room! We absolutely love playing and are blown away that people come to see us, so we are normally super excited.

UTT: We wish everyone success, and are confident that there is more than enough room for all bands. Believe in yourselves 100%, and don’t worry about the new big thing as that changes every few weeks. Work hard, write heaps of songs as well as build a social media presence. Having all those things in place will be a good start for any band. 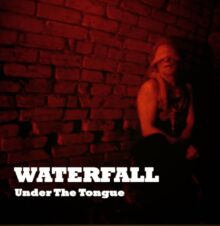 UTT: We are working on the video for the new single ‘Waterfall’, which will be released on July 10th. It is a huge process and heaps of work, but at the same time very rewarding. We do everything ourselves so it is a full time job.

UTT: We would like to open for Black Rebel Motorcycle Club; we feel that would be a great fit.

UTT: No idea; to be honest we are not really hip to what is going on. I don’t know if that is a good thing or not… sorry about that.

Mark: I remember my dad playing guitar with his band in our lounge room. Those were the days of real house parties, where the party was actually at your house. Everyone would go absolutely crazy, get drunk, dance, and have a great time. That is where it all started for me. I loved the atmosphere that it created, and everyone having a blast was super cool.

UTT: The last gig was Puscifer in Belgium and we loved it. 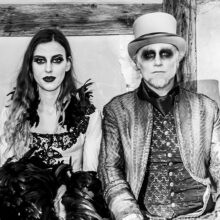 UTT: We’ll have to give you a few: The Jackson 5, Elliot Smith, and Cat Stevens.

UTT: We are releasing our album Art Of Perception song by song, and started with ‘Waterfall’ on June 5th. We plan on releasing a new song every 6-7 weeks and making a video to accompany each release.

Heaps of gigs have been cancelled due to the virus so that has taken a back seat. We will begin again in 2021.

UTT: We have just got ourselves together regarding social media. Unfortunately we ignored it for a while, but are now really enjoying the interaction with people.

We would love to hear from you on any of these platforms:

Thanks so much for your support. We really appreciate it your time and good vibes.