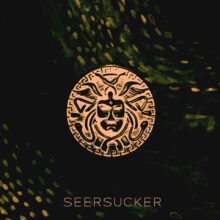 SWEARS are a fuzzy alternative rock band, hailing from Middlesbrough (UK), drawing influences from grunge, punk, doom, and pop. Formed in 2017, the band consists of Joel Clayton, Cypriot brothers George and Stephanos Louca, and Tom Gingell. DIY music video; ‘Say Nothing’ has just been released. Check it out above.

SWEARS have been featured and played on national radio stations, including BBC Introducing and Amazing Radio, international stations such as Fauve Radio in Hong Kong, and many other local radio stations around the country. The band has appeared in session on BBC Radio Tees, performing live on the celebrated BBC
Introducing show, as well as filming a live session on Black Square Sessions, which has been widely viewed on Amazon Prime Video.

Since forming, SWEARS have played some of the North East’s biggest festivals, including the BBC Introducing Stage at both This is Tomorrow Festival (Newcastle)
and Hardwick Live Festival. Other festival appearances include Hit the North (Newcastle), Stockton Calling, Music Box Festival (Darlington), Indie Week Festival
(Manchester), Stockton Stages, Heelapalooza (Middlesbrough), amongst others. SWEARS have landed support slots for established touring bands (Broken Hands,
Strange Bones, Rascalton, False Heads, Allusinlove, The Pearl Harts, to name a few) and are looking to book shows all over the UK and beyond.

Debut EP ‘Seersucker’ was released May 22nd 2020. Featuring the songs ‘Warm to the Touch’, ‘Say Nothing’, ‘Catacombs’ and ‘Brain Dead’. ‘Seersucker’ was recorded at All Silk Recording Studio, Rawtenstall, and tracked, mixed and mastered by Ed Hall (of All Silk Mastering House).

Previous Introducing: Under The Tongue
Next AVATAR: New Video – ‘Colossus’