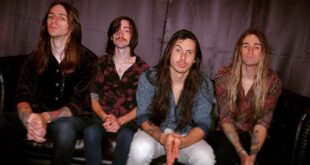 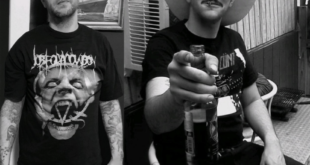 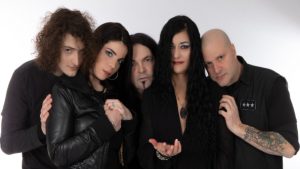 Leaving Eden has been around for well over a decade. Co-founded by myself and Eve. Rick was in a previous band to Leaving Eden. Alyssa was at a gig and she wanted to play keys for us. The drum slot also became available and Jake asked for it. I think every member of Leaving Eden are really top-notch musicians.

My first gig was at the Rocky Club in Lawrence Massachusetts USA. It was great. There were 300+ people and we had a blast! I knew then what I needed to do. I played a lot of parties before that.

I consider Leaving Eden a multi Genre band branded in Rock/Metal, we also have folk, pop, alternative, progressive music that really tends to blend paired with lots of energy and a connection to the crowd. I always say Leaving Eden is best seen and heard live. Eve has a way with people that is intriguing. Lots of melody/harmony with hooks and lyrics that are based on reality to a certain extent

Most important is the song, secondly is the production and the live show, being able to perform with confidence and entertaining people because that’s why they came. I think the band has to walk the walk and talk the talk. 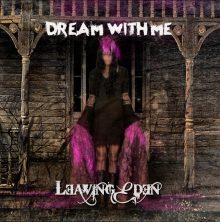 Dream With Me is Leaving Eden’s 7th album to be released world wide and distributed by Dark Star Records/Sony/Universal. In this album we got the best of both worlds, where again like our last 2 albums, we were able to take all the time necessary to record and produce “Dream With Me” in Leaving Eden’s Studio. But then, to have one of the best Rock engineers in the world as far as I’m concerned, Grammy Award winning engineer Johnny K. (Disturbed, Staind, Finger Eleven, 3 Doors Down, Megadeth, Sevendust, Plain White T’s, POP Evil, Trapt, Drowning Pool, Alien Ant Farm, and many more) for final mix and mastering is my dream scenario! I love working with Johnny, he’s a genuine connoisseur of great music with so much talent, it’s such a pleasure to call him my friend. We’ve worked together on other albums but this one, to have the freedom to dig deep and experiment with my own unique recording techniques and then to have Johnny put his final touches on it was a real treat!”

Myself and friend Dana Anderson brainstormed album art concepts agreeing on having all the titles to the songs kind of being hidden in plain site throughout the album art. It’s fun, some stuff is blatant, but some stuff is a little more difficult to pinpoint. It’s a very good reason to buy the CD instead of just streaming the music or downloading it. To me, having the physical CD in hand gives the listener more of a connection to Leaving Eden and when you come to a show, you get it signed by the whole band, a cool memento so to speak.

Great question. We really do fit with a lot of bands.

I wish I had that answer!

Well like I said at that first gig I knew what I needed to do but it was long before that. I’ve always played since I could walk. We had an organ, every day I would play. Never missed a day. Then I got my guitar, 10 bucks and I was so pumped. You know when they say I played till my fingers bled? Well I just put Band-Aids on my fingers and continued playing. I’m pretty good at a lot of things but I know that I need to be playing music. I got a couple college degrees, I can really go anywhere but I need to be doing what I feel that I was destined to do which is play music. if you’re fortunate enough to find out what your destiny is that’s a great thing. Lots of people are unfortunately not doing what they really want to do in life. Good bad or in different I chose music along time ago and never stopped.

I really have not had a lot of time to buy tickets to go see a concert as we are out playing a lot and we play concerts as well. When we played with Nickelback as the headliner, we were playing that night also so we were working. But I watched Nickelback and enjoyed the show. I know a lot of people hate on them for their cookie cutter songs but wow what a voice live. I honestly didn’t know if he’d be able to sing the way he does on the albums and I was pretty much blown away. They may not be your favourite band but they got a lot of radio play and they really knew how to get er done. I think being in the movies was very important for that band. I wanted to see Fleetwood Mac but they were touring without Lindsey Buckingham the guitar player and that’s one of the reasons why I want to see Fleetwood Mac.

I would say any bands like Simon and Garfunkel acoustic stuff. Always loved it. 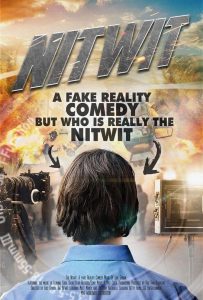 Tracks from Leaving Eden albums will be featured in Massimiliano Cerchi’s movies: Painkiller, Mayday, Lockdown and Penthouse starring Michael Pare (The Philadelphia Experiment, Eddie and the Cruisers). And Bloodthirst. We are excited about this new album also, because the entire album and lots of tunes from our previous albums will also be featured in a new fake reality comedy movie titled “The Nitwit”.

Originally I had written The Nitwit movie script loosely based on real life events with the intention of having Leaving Eden’s music throughout the movie and procuring other pros to make the movie. Where Leaving Eden has been involved with having our music placed in different movies and TV series this simply made sense. While in Iowa after wrapping up on a shoot I sat down with Nitwit Movie Producer, Ray Van Blarcom and Actor, Matt Moody over a scotch and threw the script down on the table. They started reading it, thought it was hilarious so we decided let’s make the movie. For me being the director of several music videos it was a very simple transition to direct The Nitwit Movie. Finally, I was intrigued by Matt Moody’s experience not only in production but as an actor. Ironically Matt fit the leading role as The Nitwit perfectly. He then brought in Jordan Smith as his costar and Nitwit Movie Producer, Fran Huges, the rest is history. We expect the movie to be released in 2020 by SGL Entertainment. Many concerts have been scheduled so we’re hoping that things start to shape up around here. Being isolated during the coronavirus is a very tough thing for most people so we definitely do wish for everyone’s safety.

We have all the normal social media places for people to connect with us. The best way to find them is just to go to our website. There you will find everything you need to know about Leaving Eden.

Thanks man it was a pleasure chatting with you here and I wish you peace and safety.