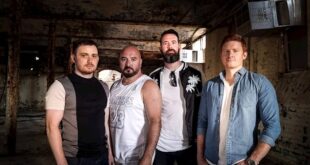 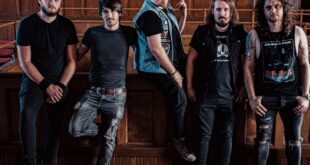 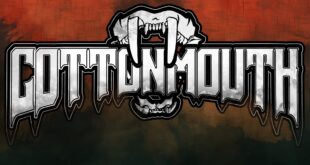 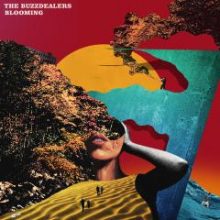 Formed in 2015, the Athens-based quartet The BuzzDealers serve a sonic blend of blues-rooted garage rock ‘n’ roll fused with vibrant riffs and raw, cathartic energy. True to their hometown maxim “Get in, Groove on, Fuzz out”, they come out as a ferocious spirit, untamed in nature that rings heavy and loud. Here’s an introduction to The BuzzDealers…

What are the origins of the band, and how long have you been playing together?

BD: We met each other in an unexpected way, and it was about a year before we formed the band. To be more specific, Zannis and Alex in the period of ‘2011-2014′ were hanging out, jamming every once in a while (they were playing in different bands) and then they decided to start the early idea of The BuzzDealers. In 2014 Tolis was studying in his hometown but he had to change University so he came to Athens. A friend of ours recommended him, and after a few hours of talking about music, we knew that he would fit in! Then for one year we auditioned some drummers, and Thanasis (aka Budhha) literally came out of nowhere, at the time we were desperate that we wouldn’t find the right groove machine..he is the cousin of Zannis’ girlfriend and they met by coincidence one night at her house. He said that he plays mostly guitar and just for fun sometimes the drums. By an inexplicable feeling Zannis told him to come to a rehearsal and try out for the position of the drummer. That was it. By the first song we knew he was the right one. We have been playing together for five years now and feel more connected, musically, than ever.

What’s the music scene like in Athens? Is there a strong live circuit? Is it easy for you to pick up an album in a record store?

BD: The music scene here in Athens has been getting stronger every day over the last decade. A lot of bands emerged playing indie, garage, heavy rock, psychedelic rock and other genres and each one has its own scene. Following this the network of live shows expanded. It is much easier now for a band to get a gig on a good stage, and of course it is much easier for the audience to buy albums and merchandise. We’re having a big vinyl revival here, along with the rest of the world, and due to quality and variety it is easy to find good albums in a record store, but with so many choices it is never easy to select one!

How did you feel performing your first gig, and how was it?

BD: Our first gig as The BuzzDealers was five years ago in a nice bar here in Athens. We’d had a lot of gigs before with other bands so we didn’t suffer from stage-fright. It was very pleasant, it had a good vibe and we enjoyed it.

What should people expect when they check the band out? How would you describe yourselves?

BD: We like to say that we play Rock n’ Roll music with a lot of Garage, Blues, heavy rock, psychedelic and even indie rock influences. All mixed with 60s aesthetics and 2000s rock sound! We believe that all these sounds and colours are what someone should expect when they listen to our music.

The new music scene is bursting at the seams with fresh talent. In what ways do you feel a band has to stand out from the others trying to build a name?

BD: Nowadays it is much harder to make it with just raw talent and a ‘good heart’. Of course the quality of the music will always be the major thing, but a band has to work hard in a lot of other fields. Arranging live performances, marketing, social media, networking, production, are just a few examples which will need your attention and help a band stand out.

What’s the biggest frustration that you have with the music industry?

BD: You have to do everything on your own – at least in the beginning – and that’s exhausting for an artist. Self management is necessary if you want to evolve. All this takes time away from the important part – the creative process. A lot of times, the music industry can be chaotic and – with a few exceptions – it doesn’t actually help artists. That’s why we see so many independent bands and solo artists. There is a feeling that by yourself you can achieve better results. Sometimes this is the best way because there is a lack of trust between both sides. We don’t say that we are disappointed with the industry. On the contrary, it is an industry that is expanding every day, trying to catch up with the rampant growth that we are seeing. The industry can be of use to artists but it’s a continuous search to find suitable partners for your journey. It’s not inevitable but it’s harsh.

What are you currently working on that people can check out?

BD: We’ve just released our debut album called ‘Blooming’. Check it out – it fully describes where we are now musically. Besides that we never stop jamming and working on new stuff, but we don’t want to make spoilers for the next record (he-he-he). Also a lyric video is currently being made. More info soon.

What band out there at the moment do you feel that you would be best suited to open for?

BD: Hmm, that’s a hard question. We’ll say “Rival Sons” because they’re an influence for all of us. We admire them for releasing six brilliant albums in ten years and our Rock ‘n Roll side would fit with their musical energy and sound perspective.

Which band do you feel is the next likely to break out?

What are your first musical memories? And what was the light bulb moment that made you go “I want to do that?”

Tolis: My first music memories are my father playing old classic rock records in his pick-up and myself admiring the artwork. When you are six years old a vinyl looks huge in your hands.

Zannis: My first musical memories are not allied with rock music, but I think the crucial moment was back in high school when I heard ‘Black Dog’ by the almighty Led Zeppelin for the first time! Five seconds were enough to give me more than chills and to change my life.

Zannis: Oh that seems a long time ago due to the Covid situation. I think it was the Greek bands Deaf Radio and Lucky Shots. One in December, one in January, I can’t remember which one was when!

What is the album that you have in your collection or Spotify playlist that would surprise most people?

BD: After quarantine is over we hope that we will perform a full tour, playing our new record live as much as possible. Also we are really looking forward to jam together again and to work on new material.

BD: We are very active especially these days because we have more free time than ever. There are many ways for someone to listen to our debut album such as: 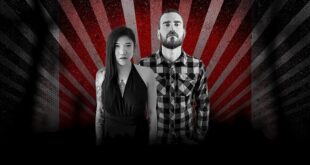 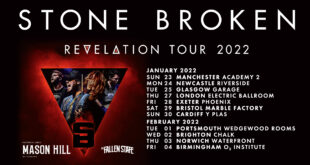 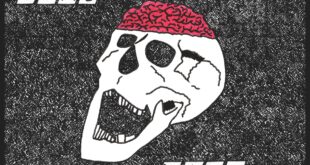