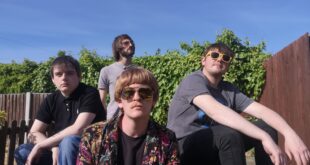 Know Your Enemy is a high energy, Hard Rock band from NJ. Their style combines Rock, Punk, Metal, and small doses of Hip Hop to create an Alternative Metal sound. Heavy guitar, clean & aggressive vocals, and a rhythm section groove that will grab you by the ears and make you want to move. The four-piece, Fonz Rodriguez (vocals), Jason Kent (guitar/vocals), Steven Bishop (bass) & Byron Lapola (drums) recently released their new single ‘Same’, and the guys were kind enough to answer some questions fired at them via the old interweb… 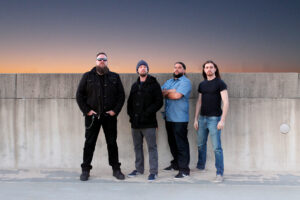 Know Your Enemy was originally formed in 2014 by Jason Kent (guitar), Fonz Rodriguez (vocals), and two previous members. Steven Bishop (bass) joined in 2017 and Byron became our drummer in 2019.

Anxious and excited all at the same time. It was great! All 4 people and the other bands on the bill loved our set. Hahaha!

Expect to be thoroughly entertained! We like to bring the energy and give it our all, every time. We’re an aggressive heavy Rock band with a Hip Hop fusion.

Bring something real to the world. Something relatable that people can feel.

Right now we’re working on a music video for our next single. We hope to have it out by September 2020.

Jason: I got into music because my father was a guitar player, not professionally, but he would have me play with him often and that sparked my interest.

Steven: I grew up with a love for music. I picked up the guitar one day and wanted to play the songs I liked.

Fonz: I was always drawn to music. As a child, I sang in a church band and was in choirs and plays. I started an R&B group with my neighbors at about 12 years old. It’s always been part of me.

Steven and Fonz both attend a lot of local shows. We like seeing the local musicians at their rawest. Bands like Hunter Alive and A Beautiful Somewhere.

Jason: “Ghost in the Machine” by The Police.

Fonz: “Purple Rain” by Prince and The Revolution.

We have 2 singles coming out in the near future. A live EP that’s just about ready to release and we’ve been writing while we have all this free time due to the pandemic.