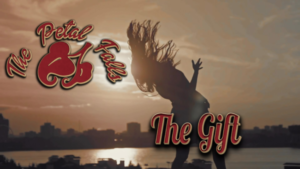 Another irresistible blend of hard rock and pop with the same mixture of incredibly catchy choruses, sharp lyrics, and brilliant production that are the signature of The Petal Falls’s music, ‘The Gift’ will be released June 10th, 2022.

So go have a listen to The Petal Falls and “Let The Music Do The Talking”.