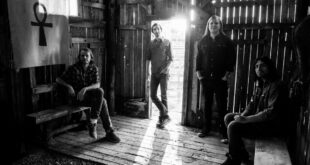 Christmas has come early for fans of The Sword. After a period of inactivity, the …