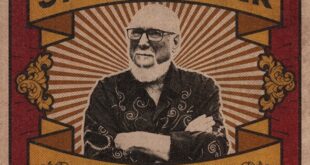 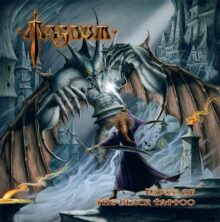 When the book on British stalwarts Magnum finally closes, perhaps then, Tony Clarkin might finally get the recognition as a top-quality songwriter that he richly deserves. Also, one of the most consistent songwriters to boot. With a new Magnum studio album in the works (expected 2022), Clarkin has turned his attention to a follow-up of sorts to 2017’s compilation: ‘The Valley Of Tears – The Ballads’, only this time he has focussed on curating a collection of tracks that highlight the rockier side to Magnum, with the end result being the 14-track ‘Dance Of The Black Tattoo’ album.

Says Clarkin: “There have always been two aspects to Magnum: a slightly more tender and lyrical facet, but first and foremost, of course, our powerful, rocking side. And that’s the element that ‘Dance Of The Black Tattoo’ documents impressively.”

14 tracks, remastered and updated by Clarkin, a mixture of live tracks, radio edits, bonus tracks, and nuggets like ‘Born To Be King’ which was previously only available on vinyl or for digital download. 7 of the 14 are live; beginning with raw versions of ‘Black Skies’ (still, such a thrilling track) and ‘Freedom Day’ which benefit from the touch-up from Clarkin – great to hear his trademark melodic riffs so high up in the mix – before things lighten up a little with the jaunty ‘All My Bridges’. A gorgeous version of ‘On A Storyteller’s Night’ appears early doors, and forms a powerful partnership with the drum-heavy, foreboding ‘Dance Of The Black Tattoo’ which follows it on. 11 minutes of magical storytelling from Clarkin and long-term cohort Bob Catley, the pair being at the helm of the good ship Magnum since the early ’70s. A rather poignant live version of ‘Your Dreams Won`t Die’ is one of the highlights of the latter part of the collection, a track that wouldn’t sound out of place on a Traveling Wilburys collection curated by fellow Brummie Jeff Lynne.

Non-live highlights include the radio edit of Magnum’s anti-war track ‘On Christmas Day’, which still actually works in January, thanks in part to Clarkin’s beautiful guitar playing, the mid-section of the track is classic Magnum regardless of the time of the year. ‘Born To Be King’ is another highlight, as is ‘Phantom Of Paradise Circus’ which nearly never made it onto the album. Clarkin explains: “To be honest, when I started going through those old masters, I didn’t even have ‘Phantom Of Paradise Circus’ on my radar. I usually start working on new material about four weeks after the release of an album, so occasionally a song may sink into oblivion although it has a lot of substance and class. Such as ‘Phantom Of Paradise Circus’. I really love that number and am happy that it is getting the attention it deserves at last.” A bonus track from the 2016 studio album ‘Sacred Blood “Divine” Lies’, it’s a semi-acoustic, foot-stomping, lively track that is nigh-on impossible not to warm to. The chugging guitars throughout, mixed with some lovely keyboard arrangements, a killer guitar solo, and uplifting vocals, make it all the more memorable.

‘Dance Of The Black Tattoo’ is no doubt aimed at the legions of Magnum completists, and most will already have these versions in one format or another, but having them all in one place, remastered by Clarkin, is enough to ensure another addition to the bulging collection. With touring off the cards at the minute, bands need help regardless of their standing in the scene. If anyone has doubts about shelling out for a compilation, the best way to look at it is that they are helping finance the next studio album, and keeping the Magnum wheels turning a little longer. Besides, the cover art from Rodney Matthews is alone worthy of whatever price punters pay for the album. Bet it looks bloody gorgeous on double gatefold magenta vinyl (with printed inner sleeves).

‘Dance Of The Black Tattoo’ is released on January 8th via Steamhammer/SPV, purchase here.