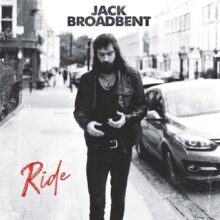 English singer-songwriter-guitarist Jack Broadbent recently featured as part of Joe Bonamassa’s third annual Keeping The Blues Alive Stream-A-Thon (raising money for musicians affected by the pandemic) alongside such luminaries as George Thorogood, Peter Frampton, Eric Gales, Joanne Shaw Taylor, Tommy Emmanuel, and Eric Gales; the list of artists is genuinely inspiring. And he belongs to be there. He’s there on merit and does not look out of place at all. His sixth album ‘Ride’ is the latest in a long line of albums to be met with great acclaim across the board, pretty good going considering that eight or nine years ago you might have stumbled across Jack busking in the street. From busking to playing at the world-famous Montreux Jazz Festival in a few short years, yeah, Jack Broadbent is included in that group of players listed above on ability and hard work. 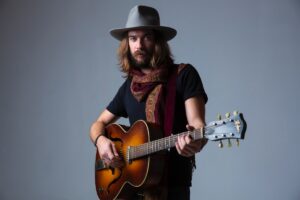 Beginning his musical journey by playing drums as a teenager, Broadbent still has a keen ear when it comes to the importance of rhythm, and ‘Ride’ is a groove-laden rhythmic beast of an album (‘Grace’ being a prime example of this). The smooth title track launches the album and involuntary toe-tapping will ensue, no matter how hard you try to fight it. A soft blues shuffle (repeated on the infectious ‘Midnight Radio’ later on) with guitar tones that combine with a magical percussive feel to spark imagery of a train barreling along the tracks. It’s rich and cinematic and when it mellows out around the 02:40 minute-mark it is like the listener is floating away on the fluffiest of fluffy clouds, and when the pace picks up again with a wonderful throaty vocal and some gorgeous slide guitar from Broadbent, it is utterly spellbinding. As is the so-cool-it-glides-rather-than-walks vibe on ‘I Love Your Rock ‘n’ Roll’, which wouldn’t look or sound out of place on the seminal ‘The Last Waltz’ concert film by The Band. The right-here-right-now feel that Broadbent and Quebec-based drummer and co-producer Mark Gibson have created is on the money. The rootsier side of Broadbent shines through on ‘New Orleans’ and this one in particular works better if you play it through a decent pair of cans; slip on a pair of Sennheiser’s, turn the volume up, and the listening experience is enhanced in so many different ways. 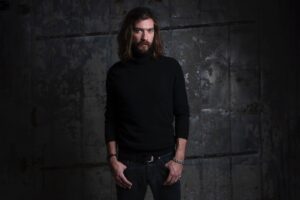 Broadbent puts his prowess as a slide player to great use throughout the album, and there are moments during the sublime ‘Hard Livin’’ where the arm hairs stand on end, especially during the last few minutes of the song which develop into one almighty guitar solo that will have you reaching for the repeat button almost as quickly as a politician reaches for the button marked “lie”. ‘Baby Blue’ is a frontrunner for the standout moment on the album and brings a hint of an Allman Brothers Band vibe to the party. Pretty damn lush to be honest, with a fantastic organic feel and vocals that long linger on for some time afterward. Ending on the dreamy ‘Who Are You?’ – which comes complete with haunting vocals from Broadbent, and a change in pace and urgency towards the end of the song- ‘Ride’ is a strong, well-written, and well-constructed (the pacing is first-rate) diverse album that constantly surprises at every turn.

Jack Broadbent performs a handful of live dates in the UK through June 2022, find all dates here.