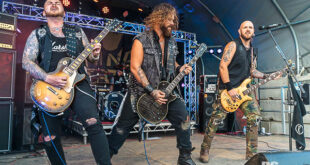 Review: King Creature at “The Yard” 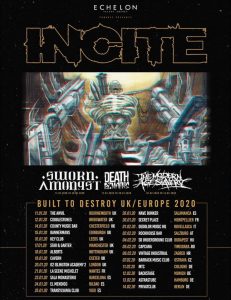 Who’d be a touring musician in January eh? The post festive season blues will have well and truly kicked in, money is tight-er, it’s miserable weather, and coaxing gig-going punters out of the warmth of their homes on a mid-week mid-month night is a tough ask. You would have to be hardcore, passionate and dedicated to your craft to tour under these conditions. Enter Richie Cavalera and the guys in Incite.

Leaving behind the warmth of Phoenix Arizona, and swapping it for the colder climates that the likes of Leeds, Manchester and Edinburgh offer up in January is a tough ask, but watching Incite up close and personal, it would seem that there is no other place that these guys would rather be. New guitarist Eli Santana has prior commitments and won’t join the tour until it reaches mainland Europe, but rather than cancel the UK leg, Kieran Agnew and Ashley Currie from support band Sworn Amongst have gallantly stepped into the breach and are sharing guitar duties on these dates. Top work gentlemen.

With latest album ‘Built To Destroy’ still rattling around the skull nearly 12 months after its release, it’s a given that the album forms a major part of the setlist. Especially with the high quality of said opus. The opening salvo of ‘Built To Destroy’, ‘Ruthless Ways’ and ‘Resistance’ shows that Incite mean business, and those brave enough to venture to the front are getting pummelled. To be honest though, there are no hiding places tonight as Cavalera is not having anyone hiding in the darkness, and calls everyone forward. There is a punter a few feet in front of me, quite small, and every time that Christopher EL plays a particular note on his bass, she is blown back a few inches, much to the amusement of her friends. She laughs it off and moves forward again, only for his fierce bass rumble to blow her back, after a few minutes of this, the sound settles and all is well.

Considering that the band are a man down, the stand-ins do a fantastic job and make it look seamless. The two regular members of Incite, the aforementioned Christopher EL on bass and drummer Lennon Lopez, are accomplished players and incredible to watch. Although Cavalera is a hugely likeable frontman, at times it’s hard to take your eyes away from Lopez as he batters his kit into submission. At times I find my eyes darting between him and EL as the pair lock-down a vicious groove. Impressive stuff.

Cavalera is a chilled out fella when you observe him mingling before the show, that changes once he’s on that stage. The chilled out stoner gives way to the intense performer pacing the stage, hair flying everywhere, barking out his vocals on the likes of ‘Up In Hell’, ‘The Aftermath’, ‘Stagnant’ and ‘Backbone’. Tributes are paid to Agnew and Currie for helping out, as well as those in attendance for coming out on a mid-week evening. He whips up the crowd into a pit, short-lived though as a pint is spilled and turns the floor into a skating rink, he also endears himself to everyone during ‘Wtf’ by getting middle fingers raised in defiance. Once the set finishes, it’s back to the chilled out fella from before and he’s over to the merch desk/bar to chat to anyone and everyone.

Incite are on tour throughout Europe until early February, catch them at one of the venues on the tour poster (above). 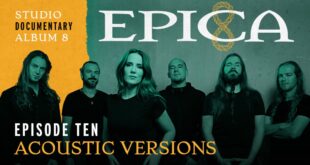 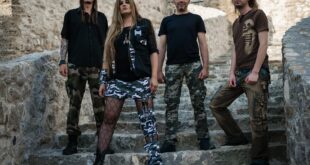 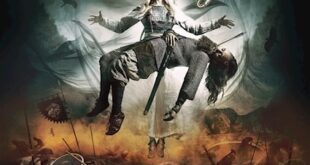 LEAVES’ EYES release their new single and video ‘Chain Of The Golden Horn’, the second …