Review: Draconian – ‘Under A Godless Veil’ 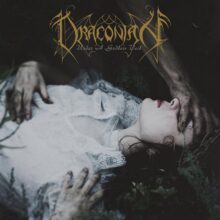 Swedish Gothic Doom Metal masters Draconian return with their seventh album to date. It’s been five years since their last outing, the critically acclaimed “Sovran”, so it’s good to see them back with their new gloom laden opus “Under a Godless Veil”. For those wondering how it compares to the last album, the band described it in an interview earlier this year: “SOVRAN” was probably a little heavier, more massive. More growls. The new album is darker, more subtle, and cohesive. The divine feminine is a big part of the album, yet Heike rarely takes the role as Sophia. We wanted to keep it descriptive and mostly from the 1st and 3rd perspective.”

I have to agree that what ‘Under A Godless Veil’ delivers is definitely more subtle. It’s also might possibly be the least heavy album that they’ve done so far. If you loved the early albums, as I did, where the guitar was the main instrument, and the vocals were dominated by the mournful growling tones of Anders Jacobsson, then you might find yourself slightly disappointed with this latest release. While the band’s sound is often described as Gothic Doom Metal there is more of a gothic and less metal sound to this one at times.

“Sorrow of Sophia” is the first track on the album, and if you’ve been following Draconian at all, you’ll have seen the lyric video for this one. For me, it’s one of the best songs on the album, a perfect mix of the lighter side of the band featuring the hauntingly beautiful and fragile vocals of Heike Langhans, and also the heavier side with distorted guitars and guttural vocals. I love Heike’s voice on this and the other tracks on the album. She reminds me at times of Sharon den Adel (from Within Temptation) if Sharon was feeling in a particularly melancholy mood.

“The Sacrificial Flame”, the second track, is also a highlight of mine. It’s very reminiscent of My Dying Bride and I can imagine Aaron Stainthorpe singing on this one. I love the crushingly heavy guitar riffs on this. It’s one of the heavier tracks on the album and I prefer this side to the band than in some of the subsequent tracks where keyboards and Heike’s vocals are the main focus.

Musically and lyrically this is a very deep and thoughtful album. With each listen I start to appreciate it more and more. The poetic lyrics delve into, amongst other things, theology, Gnosticism, philosophy, and creation myths, etc… It’s worth reading a few interviews that the band have done and reading through the lyric sheets to fully understand the songs.

After the first few listens I have to admit I was missing the more Death Doom side of the band and yearned for some heavier tracks. These elements of the bands older sound do surface now and again but not as frequently as previous albums. While some bands stay fairly stationary musically Draconian are taking their music to different levels here and trying different things.

Draconian again explore the depths of misery, gloom, and sadness through their latest bewitching offering. Wallowing in hopelessness and despair has never felt so enjoyable. This is an album that may challenge your expectations of the band but ultimately you can’t help but be enchanted by its haunting beauty. Definitely an album that you should pick up for your collection although it may take a few listens to fully digest it.

Tuesday, November 24th, 2020 – Slipknot have announced the first ever Knotfest Brazil which will … 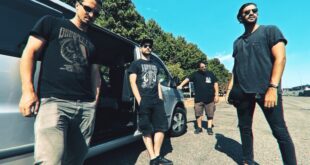 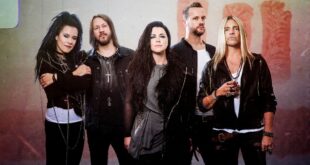 Evanescence will be hosting their first public performance of the COVID era, a live stream …