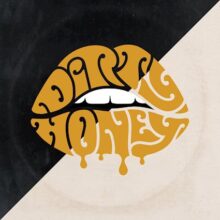 You know that scene in Monty Python’s Life of Brian when Brian is running up the stairs to get away from the Romans, falls off the tower, and lands in an alien spaceship, the spaceship then gets involved in an intergalactic battle, takes a hit, then crashes back in Galilee, and when Brian staggers out of the wreckage a local looks at him and utters “Oh, you lucky bastard”, you familiar with it? In this case, the part of Brian is played by hotly-tipped American rockers Dirty Honey, and every other rising band plays the onlooker. Over the next two months, Dirty Honey will perform at some of the largest festivals in the UK and Europe (Sweden Rock Festival, Download Festival, Graspop, Hellfest…), they will also open theater shows for Rival Sons, and stadium shows for Kiss, and Guns N’ Roses, as well as slotting in some of their own headlining shows. Lucky, lucky bastards.

Unlike most other musical genres, Rock music doesn’t really do “hype”, instead, it’s more word of mouth and a grassroots movement spreading videos, etc. The word of mouth surrounding Dirty Honey has been building for some time now, and the bigger, more established acts are beginning to notice and the four-piece find themselves in an enviable position. Faced with the prospect of thousands of UK and European fans discovering Dirty Honey for the first time, the band has made the savvy decision to make their 2019 debut EP and 2021 debut album available as one bundle for the first time. Fourteen slabs of good-time rock and roll that combine to make for one hell of an album.

‘Dirty Honey EP/LP’ features two releases, two years apart, but works perfectly as one body of work. Phrases such as “retro” and “old-school” can often be viewed as derogatory as bands strive for that elusive “new” sound. But, what’s wrong with being “retro” or “old-school” when the end result is as strong as this? It’s music inspired by the golden era of rock music from the ’70s and ’80s, and you will pick up on a sound full of influences from acts such as Aerosmith, Great White, Guns N’ Roses, and AC/DC. Press play and crank it up as the guitar swagger from John Notto, and pulsating groove from bassist Justin Smolian and drummer Corey Coverstone washes in on opening track ‘When I’m Gone’. Vocalist Marc LaBelle has an impressive set of pipes on him and he puts them to good use as he alternates between high-pitched vocals and softer more traditional vocals (especially on the chorus) which are not a million miles away from Brad Marr and Aussie noise-merchants Massive. Check out the guitar licks around two minutes in and you will get a Joe Perry flashback, which is a good thing considering that chances are that the UK and Europe won’t see Aerosmith again. Damn this track sizzles. In places, ‘Rolling 7s’ has a primo-Aerosmith shuffle, hard not to imagine the Demon Of Screamin’ himself strutting across the stage to this. The rather gorgeous ‘Heartbreaker’ mixes it up with more of a blues-rock sound and an ultra-catchy chorus that is perfect for audience participation. LaBelle sings in a lower, more natural register, and with Notto’s fine guitar tones in the background, this is a real highlight of the EP part of the bundle. As is the epic, smoldering ‘Down The Road’ which might be what a Paul Rodgers-Black Crowes jam would sound like.

The ‘LP’ part kicks off with ‘California Dreamin”, and the quality from earlier does not waver. More Aerosmith swagger from Notto (who is fast becoming a guitar hero in waiting), and when the engine room team locks into a big-assed groove, it’s kinda hard not to get swept up in the moment. One for the guitar heads this one as the lengthy solo simply sizzles. With its stuttering guitar sound, ‘Take My Hand’ packs a Zeppelin-feel to it, and LaBelle earns his spurs on this one. ‘Gypsy’ is all about Coverstone’s drum sound which is nailed-on from start to finish on a track that will surely feature on the soundtrack to a sequel to ‘Almost Famous’ should Cameron Crowe ever feel like making on. The basslines on ‘The Morning’ kick like a Ritalin-fuelled mule, and there is a bit of a sleazy strut throughout, which is pretty, pretty, pretty special. Ending on the heartwarming Bad Company-like ‘Another Last Time’ (complete with lush female backing vocals), this is the sound of your next favourite new band, you might not know it yet but go with the flow as there is no point in fighting it.