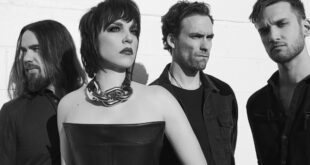 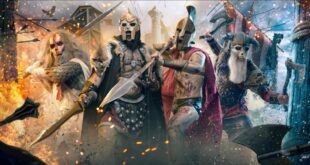 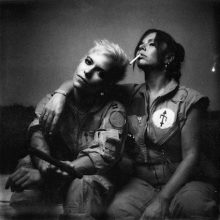 Think “unplugged” or “stripped back” and immediately a picture appears of a frontline of barstools and acoustic guitars, drummer behind the frontline, battering out a beat on a cajon or looking all serious with a pair of brushes in their hands. It’s a tried and tested formula, which means it can be quite a by-the-numbers format. Unless you are Grammy nominated Bones UK that is.

Inspired by the hugely influential ‘Nirvana MTV Unplugged’, this five track EP begins with a gentle instrumental intro, complete with gorgeous string arrangements and a shimmering guitar tone from Carmen Vandenberg. After a few minutes of this blissed out state of mind, vocalist Rosie Bones utters…”Hey, we’re Bones UK and we’re going to do something a little bit different for you tonight”. The very definition of different is – “not the same as another or each other”, and in this case it is a very apt description.

The self-titled debut album released last year is truly a headfuck of an album. The strongest amalgamation of hard edged riffs, skull crushing beats and pulsating electronica since ‘Pretty Hate Machine’ blew the cobwebs off way back in 1989. Tough ask taking all that and dialling it down on ‘Unplugged’, but Bones UK have thought outside of the box and the end result is quite staggering.

‘Beautiful Is Boring’ opens the debut album, as it also does here, but unlike the full-on assault of the senses on the debut, here it is a meandering, slow-burning epic that could easily have stepped out of a David Lynch movie. The guitar work from Vandenberg is hypnotic (as it is throughout the EP), and ensnares the listener in. Without the wall of noise, the vocals from Rosie Bones are front and centre with nowhere to hide, as they are on the stop-you-in-your-tracks ‘Bad Blood’. When Bones sings, you pay attention. Easily one of the most unique voices out there, don’t try and come up with a comparison to anyone else currently plying their trade on the Rock scene. Instead just go with the flow as trying to come up with a comparison will play havoc with your head.

‘Pretty Waste’ is up for ”Best Rock Performance” at the imminent Grammy Awards, and alongside the likes of Gary Clark JR, Rival Sons and Brittany Howard, Bones UK are in illustrious company. The unplugged version of ‘Pretty Waste’ is as different to the original as it can be, still as stunning as the plugged in version, with a sublime, subtle drum sound from HEAVY. Not sure how many Brits are up for a Grammy this year, but would be great to see Bones UK walking off with the award…just don’t look out for it on the telecast though.

‘Filthy Freaks’ has a gorgeous string arrangement running in the background throughout, and another subtle performance from HEAVY. The nailed-on production makes it feel like you are enjoying the show from the front row, not sitting on the couch in your pants. The simply gorgeous ‘Souls’ brings the EP to a conclusion and if the purpose of an EP is to leave the listener wanting more, then it’s job done.

Bones UK have created, not only one of the strongest unplugged sessions for quite some time, but they’ve also laid a marker down for all others to aim for.

‘Unplugged’ is available now on Sumerian Records, catch Bones UK on tour throughout January and February with Korn and Breaking Benjamin.