too weird for my tastes. At the start of “One More Hill” I thought, yes! Back to the Avatar we know and love, but then there’s these really odd guitar riffs and sounds, which, to me, didn’t sound like a well structured song… just parts smacked together in hope of creating a new sound. I didn’t agree with this concept, sadly. “Black Waters” is a track more like the sound to the Avatar we know and love, but saying that, it’s still quite chilled out for these guys. There’s quite a catchy chorus, with some hard-sounding riffs from guitars and bass, the guitar solos once again taking the track by storm. What an uplifting sound you receive from the guitars at the beginning of “Night Never Ending”. This track is definitely a sound you’ve never heard coming from Avatar before. I dig anything positive, don’t get me wrong, but this isn’t a track for me personally. The music is good but it’s not something I expected or want to listen to from these guys. Luckily, “Pray The Sun Away”, which follows, is my absolute favourite from this record. The drum fills and bass riffs instantly took a hold of me then it all kicked off very heavily, with guitars being thrown in – One for the crowd to get moving for sure! This track is the Avatar I know, love, and longed for! A beautifully well-worked song, with combinations of heavy and mellow, raspy vocals with solid cleans, and old school influences throughout. “When The Snow Lies Red” continues the form. Heavy and gripping from the start, instantly grabbing you, and it’s not willing to let go. Riff central and the vocals are absolutely on point. I really love the guitar streaks thrown in every now and again. They really add that little bit of an oomph! “Raven Wine” rounds out the album with another well written piece. It was a nice touch of starting off with the groovy bass tones before kicking into the main song. You don’t often come across that with bands, the bass rarely takes centre stage. Such a slow and calm beginning before everything kicks off. Slow and steady but with a strong, bold presence. DIRTY RIFFS! Overall, I was left feeling a little let down by this record, if I’m honest. I get why bands alter their sound to keep it fresh, while keeping old school vibes from previous material, but, for me, Avatar haven’t executed it well at all. There are a few good solid tracks like “Pray The Sun Away”, “The Eagle Has Landed”, and “When The Snow Lies”, but other than that, everything else for me is a bit of a write-off. This record isn’t a patch on “Black Waltz”, in my opinion. If you are a fan of Skitarg, Death Destruction, Deathstars, In Flames, or Scar Symmetry, you haven’t heard of Avatar before, give “Feathers & Flesh” a listen. If you are a long-term fan, you may find the direction change a little bit of a jolt. Review: Carol Black]]> 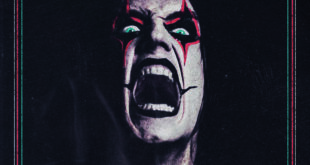 Ambitious sorcerers of the highest order, AVATAR smash the boundaries between band, theater troupe, and … 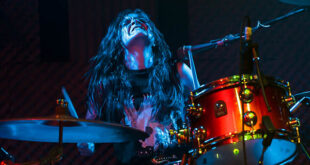 Our Tribute to Drummers

As everyone knows, it’s the drummer in the band that is the smart one. So … 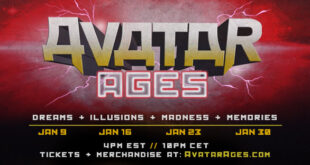 The one burning question after last week’s ‘Madness’ Livestream concert, was how could Avatar top …