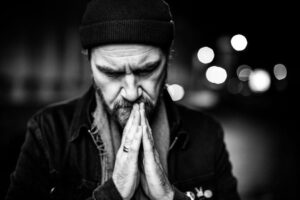 Edinburgh-based guitarist Ali Ferguson has had 25 years as a professional musician playing with the likes of former Stiltskin and Genesis singer Ray Wilson and folk troubadour Dougie MacLean. Largely recorded at his home studio named the Little Blue Room, this is Ali’s third solo release, slowly compiled over the last few years with the covid lockdown slowing the process but also allowing Ali more time to fine-tune the album.

Opening track “The Contemplative Sound of Water” (of which there are three parts throughout the record, spanning 26 minutes) fades in with a monologue from Ferguson on top of a backdrop of thunder, running water, and a droning synth before our first taste of his electric guitar. The sound is cavernous. Lush sustaining lead lines gracefully play over the drone and you can’t help but be reminded of Ali’s biggest influence, David Gilmour. Following this, the track evolves with electronic beats, bleeps, and distant radio chatter before ramping up the energy with booming drums and some tasty slide guitar. He certainly crams a lot into the track but it never sounds cluttered at all. 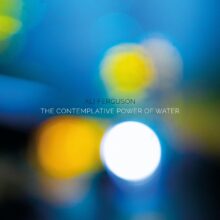 “Children of Men” has a nice chunky groove to it featuring a thick electric guitar riff, solid acoustic strumming, and is the first track to feature Ali Singing. He has a fine voice not too dissimilar to his occasional boss Ray Wilson albeit less gruff. There is a distinct Celtic influence throughout the album and nowhere is this more apparent than on the first single “The River Crows”. It has some beautiful gentle finger-picked acoustic guitar and yet more samples of water and birdsong. There’s even what sounds like a pedal steel guitar and some gorgeous low whistle thrown in too courtesy of renowned folk musician Ross Ainslie not to mention beautiful vocals from Swedish singer Karin Tenggren. “The Catacombs” is a definite highlight of the album for me. The extraordinary solo is easily Ferguson’s “Comfortably Numb” moment, shifting gears and taking the solo to new plateaus with every bar. 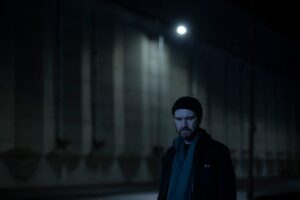 There is more of that wonderful slide guitar on “You Can’t Hold the Ocean” and it’s a standout for the memorable vocal hook before there is most of that flawless lead guitar. Heavily effected with echo, dripping with spacious reverb and smothered in thick singing fuzz his guitar sound is something many can only dream of achieving. “Peace Begins with Me” has some nice guitar harmonies on it, just enough to make the song stand out without it becoming an Iron Maiden or Thin Lizzy slog.

As a person, Ali comes across as stoic and I would say that would be a great way to describe his playing also. I’ve heard it said from friends and workmates of his that he never plays a wrong note or fluffs any of his playing. I’m sure He would disagree but listening to this album everything feels deeply thought out with no note being wasted or played unnecessarily. I asked Ali what the theme of the album is and he had this to say. “It’s an album about the re-connection of humans with nature, about the finding of beauty and peace amongst a world full of anger and division, and, most of all about the overwhelming ability of love and kindness to overcome adversity and hatred. It’s an Album of shifting priorities and the re-discovery of what actually matters in life”.

The album is energetic yet deeply relaxing at the same time and a must-have for fans of sublime tasteful and emotive guitar playing.

The Contemplative Power of Water is released early May. Head to www.aliferguson.com for more information.