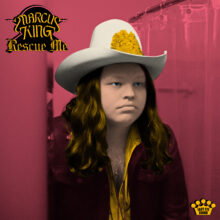 Friday May 20 – Marcus King today announces the release of ‘Rescue Me’, the latest preview track from his forthcoming solo album, Young Blood. The track, premiered today with American Songwriter, blends swampy percussion, fuzzed-out guitar, and King’s smouldering vocal delivery, sharing his plea for salvation from the path of excess he was walking at the time of making the record.

“‘Rescue Me’ cuts a little deeper than the rest for me.” Marcus states adding, “This song is a literal cry for help, one of the least metaphorical tracks on the record and a memory that’s difficult to relive each night but is important to remember. This is also one of the first times I collaborated with our good friend, the amazingly talented artist/ writer Andrew Gabbard.” 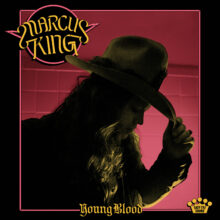 Marcus King, the 26-year-old Grammy-nominated innovative songwriter and phenomenal performer, is soon to become rock royalty with the release of Young Blood, a timeless concoction of swaggering rock and supersonic soul, drawing on his most stadium-sized rock influences.

The album was produced by Dan Auerbach. It will be released August 26 on Rick Rubin’s American Records/Republic Records/Snakefarm. Pre-order available here: https://MK.lnk.to/youngblood

Despite the challenging personal circumstances, King has made his most accomplished work to date. One of his biggest fans, Dan Auerbach, exclaimed. “Music runs so deep in Marcus’ blood he might not even realise how born to do this he is. He’s the real deal.”

King and Auerbach set out to capture the classic power trio sound, which was pioneered in the late ’60s and ’70s, with a distinct sonic triad of bass, drums and guitar. The album was recorded at Auerbach’s Easy Eye Sound Studio in Nashville summer 2021, with acclaimed musicians including Chris St. Hilaire on drums and Nick Movshon on bass. Songs were written by King and Auerbach in collaboration with legends such as Desmond Child and Angelo Petraglia, noted for their work with bands from Aerosmith to Kings of Leon. 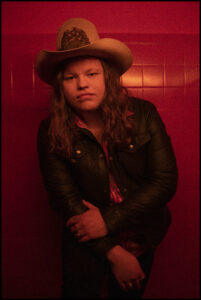 King has been an outlier from the very beginning. A fourth-generation musician from Greenville, SC, who learned guitar at age 3 from his blues-rock musician father Marvin King. He navigated troublesome school years to quickly become known as one of the most promising young artists of our time. He followed his breakout success with The Marcus King Band, with his Auerbach-produced 2020 solo album debut, El Dorado. It garnered a GRAMMY® Award nomination in the category of “Best Americana Album” and critical praise from NPR to Rolling Stone.

With unparalleled performance prowess and a dynamic live show, King has sold out historic venues from The Beacon to The Filmore. He has opened for Chris Stapleton, Greta Van Fleet, and Nathaniel Rateliff and graced the bills of Stagecoach, Fuji Rock, Rock Werchter and more. He also recently launched his own signature Orange guitar amplifier, the MK Ultra, which sold out before it even hit the stores.

King will continue to tear up the rulebook with the release Young Blood, redefining the route to modern rock stardom with a timeless sound and a singular voice, equal parts grease and grit, set to soon establish him as one of the most soulful vocalists of his generation.

Marcus King is currently on a world tour with headline dates across the US, UK and Europe. For more information please visit: https://MK.lnk.to/tour

“‘Hard Working Man’ sounds as if it arrived in the year 2022 by way of a bitchin’, time-traveling 1970 Camaro”
Rolling Stone Magazine

“King is the complete package. Retro-styled yet forward facing, he plays searing blues guitar, delicate acoustic country and sings like an angel with buckets of soul”
The Sun

“His music reveals an old soul” – The New York Times

GRAMMY® Award-nominated artist, performer and songwriter, Marcus King was downright destined to play music. By eight-years-old, the fourth generation Greenville, SC, native performed alongside pops, grandpa and his uncles for the first time. Logging thousands of miles on the road as The Marcus King Band, he established himself with unparalleled performance prowess and a dynamic live show.

During 2020, he linked up with Dan Auerbach [The Black Keys] and cut his solo debut, El Dorado, garnering a GRAMMY® Award nomination in the category of “Best Americana Album”. Beyond praise from NPR, American Songwriter and more, Rolling Stone christened it “excellent”, and Associated Press went as far as to claim, “El Dorado already stands out as a definite high point of 2020”. In between packing venues on his own, he performed alongside Chris Stapleton, Greta Van Fleet and Nathanial Rateliff, in addition to gracing the bills of Stagecoach and more with one seismic show after the next. Along the way, he caught the attention of Rick Rubin and signed to American Recordings.