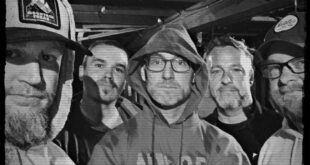 Lyon-based alt-metal band Perséide have just premiered their new video ‘Siren In The Distance’ on YouTube. You can find the track on their debut album ‘The Only Thing’, and we spoke to Julien (vocals/rhythm guitar) about the album, as well as the origins of the band. 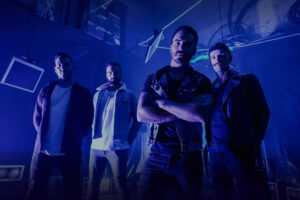 Everything started in 2001 with four teenagers passionate about metal music. The feeling it gave us made us want to get on stage like our idols. Naturally, we started imitating our favourite bands and then created our own band. It was almost 20 years ago and the passion is still the same!!!

The band was formed for a few months when we had the chance to play our first gig for a local event in our hometown, in 2001. We didn’t have any live experience but this first time on stage taught us that it needed a lot of fun to perform a good live show! We had to soundcheck in front of the audience and I had to sing acapella! I had to assume my voice and I learned to share music with more than a song, but with all the physical energy that I could give!

It has always been difficult for us to describe our music style because we really have a lot of influences. But this diversity is strength and we would describe ourselves as modern metal, ranging from pop to metalcore, with catchy synths and old school guitars: Perséide will remind you of your adolescence and that’s what we love!!! All that we want for our listeners is to enjoy. To feel free to love the music as we love it, no matter the style or influence. On a day of your life, you can be happy, sad, angry, or crazy. The best way to live these emotions is to let them flow through you and to express them without holding back… That’s what we want to share with our music and live shows: you can be all these things at once and the music helps us to escape; even for the time of a song or a concert. Living and sharing this with our listeners to make them live these emotions with us to feel better is the more important thing for us.

Before a band, we are childhood friends, we’re a family. All we want to share with our music is the pleasure to be together and enjoy music as we did when we were teenagers: with the heart, with the chills. We want our audience to be part of this family and have fun with us, with music that gives you all kind of emotions, that makes you feel alive. We want people to feel the music and let it go! 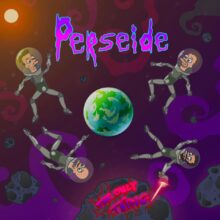 Our new song « Siren In The Distance » is out now, and it deals with the feeling of fake reality that you can encounter when you’re high, or locked in the prison of social media… You can crave for more as far as possible, but the siren of reality will always sound in the distance… We share the message that happiness is possible to find in real life without fighting useless struggles. Some people are less lucky: seize the day!

Without hesitation, we would like to share the stage with the bands that had influenced us the most: Enter Shikari, The Used, In Flames…

We are located in a town in France called Lyon, where the music scene is very rich and varied. There are many talented bands that we would recommend to you: you could give an ear to some bands like In Balance, Stereotypical Working Class, and The Amsterdam Red Light District.

We were in high school when we saw a metal band play for a local event in our hometown. We have been blown away by the energy that could be given by a band on stage. As we were big metal fans, that was the moment we did “We want to do that”!

Just before the lockdown, Slipknot in Lyon, France. Legends. Once again, a slap in the face.

The Village People! We are like them in a certain way…

We just released our first album “The Only Thing”. The next show will take place to celebrate the release of the album, November 7th, 2020 in the CCO, Lyon, France. It will be a big rock party with our friends from Stereotypical Working Class and Trank, and we will propose a rock show with a lot of surprises! Furthermore, we are already working on new songs to record a new EP end of 2020. A live video will be recorded during the concert for the release of the album, and 2021 will be marked with the release of new music videos and the new EP. We hope that it will allow us to book some great gigs with bands we love, and keep the inspiration to write new songs and make the experience even greater!

We are very active and very serious (lol) on social media! You can check us out on Instagram and Facebook, watch the videos on Youtube, and listen to our music on every streaming platform!!