Georgia based hard rock band Days To Come blend pop-styled vocal melodies with heavier, intricate instrumentation. New EP ‘Animus’ has just been released and bandmembers Justin Goodson (vocals/guitar), Brandon Rix (guitars), and Jalen Hall (drums) were on hand to talk us through the origins of the band and what you can expect when checking out Days To Come. 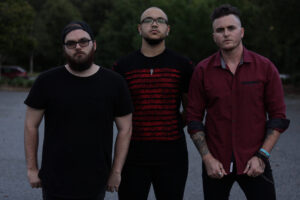 Q: What are the origins of the band, how long have you been playing together?

A: Justin – I met Brandon in 2013. I was picking up some acoustic strings from a local music store before a gig one day and I mentioned to the salesman that I was trying to start a band. He got me in touch with Brandon and we’ve been together ever since.

We’ve gone through a few lineup changes over the years, but we really cemented our sound and focus when Jalen joined us in 2018.

Q: How did you feel performing your first gig? And how was it?!

A: Jalen – Of course I was a tad bit nervous, especially coming in after a previous drummer on such a short notice switch, but I knew the main goal was just to show that I was having fun with the guys as much as everybody else and to make the transition feel as seamless as possible.

Q: What should people expect when they check the band out? How would you describe yourself?

Q: The new music scene is bursting at the seams with fresh talent, in what ways do you feel that a band has to stand out from the others trying to build a name?

A: Jalen – I feel we’ve been pretty diverse in our creativity with the songs we’ve released thus far, but our true colors are shown during our live performances and our interaction with the fans and trying to keep as much of a positive attitude about all the crazy things going on in the world right now. 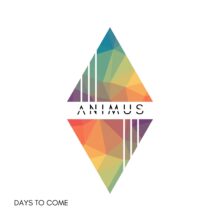 Q: What are you working on at the minute that people can check out?

A: Justin – We just released our new EP, Animus (October 2020). It’s available on all of the streaming platforms.

Q: What band out there at the minute do you feel that you would be best suited to open for?

A: Justin – Nothing More or Coheed And Cambria. It would be a fantastic time just watching those bands perform every night.

Q: Who do you feel is the next band to break out?

A: Jalen – Over the years we’ve been able to tour with some amazing bands but some standouts that I’ve personally really enjoyed are Silvertung, Gandhi’s Gun, and I can’t forget our brothers in Ventruss.

Q: What are your first musical memories? And what was the light bulb moment that made you go “I want to do that”?

A: Justin – I grew up in a musician household. My dad and brother were always singing and playing music. I was pretty shy as a kid and started playing the guitar when I was 17. I remember listening to Eric Clapton, B.B. King, Stevie Ray Vaughn, and other blues guys. I can’t play anything like them, but they definitely got me interested in the guitar.

Nickelback actually got me into modern rock. My dad was in the military and I spent a lot of time overseas, so I missed out on a lot of popular music at the time. I remember finding Nickelback and just being mesmerized but the chunky guitar tones. This led to bands like Shinedown, Three Days Grace, and Breaking Benjamin.

A few years later I found Alter Bridge and my life changed. Hearing them solidified what I wanted to do with music.

Q: What was the last gig that you attended as a fan?

A: Brandon – Plini and Periphery. I showed up 5 hours early just to stand upfront. Got a cold. Was worth it.

Q: The album that you have in your album collection/Spotify playlist that would surprise most people?

A: Jalen – Oh that album would probably be the entire original trilogy Star wars soundtrack. There are so many great songs for my childhood that still hold up to this day and really give me that epic feeling and remind me of how trash the new Disney Star Wars movies are.

A: Justin – We just released our new EP, Animus (October 2020), and we’re excited to promote it. We spent the past few months of quarantine writing new music and we’re currently tracking that. We’ll release it in 2021.

Q: How active are you on social media and where can people connect with you?

A: Justin – We’re pretty active. If you would like to connect with us, just search @daystocomemusic and you’ll find us.

We love connecting with people at shows and online. Social media is such a great tool to stay in touch with people.