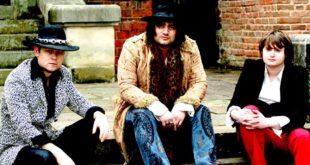 Brighton based five-piece; Bleed Again, are set to release their eagerly awaited new single ‘Survive’, on July 31st. We spoke to drummer Jordan Birchall about the single, as well as the importance of keeping fans interested during the lockdown. 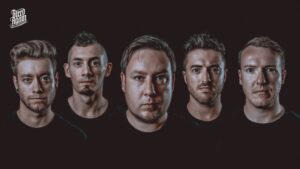 Bleed Again formed in the late 2000s with a few various line-up changes along the way, with Sam joining in 2018 and Jordan joining in 2019 creating Bleed Again’s current line-up.

New single ‘Survive’ (due July 31st) is a bit of a banger! Is it indicative of what the sophomore album will sound like?

We like to think so yeah, the newer material is classic Bleed Again with a twist; faster, groovier and heavier than before with plenty of punchy choruses and catchy melodies. 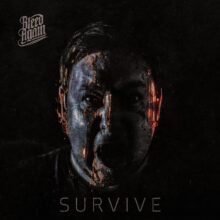 What are the lyrical themes behind the track?

Not having the support you need at times from those close to you, and not being believed in full, or given the chance to fight for your dreams. The choruses are about having a moment of clarity, or something/someone comes into your life which makes you want to get up in the mornings and hoping they’ll support you rather than be an anchor. Also, the survival of the band itself, constantly fighting to keep people on our sides even when we have had some big setbacks and line-up changes.

When you are preparing to launch new music, do you get nervous at all about the reaction from your fan base?

There are always a lot of feelings that go on in regards to putting out new music, I guess there are some nerves there yeah, but we have worked really hard and know the fans of the band will not be disappointed with our new material. There is a really good buzz within Bleed Again right now. 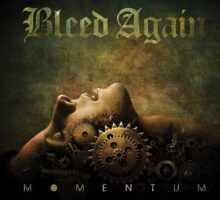 It’s been three years since the release of debut album ‘Momentum’, in what ways has the success of the album developed the band further?

That album pushed the band further than before. After ‘Momentum’ was released, people started taking the band a lot more seriously and realized how serious we were about this, gaining more attention and bigger gig opportunities with the likes of Soil, King 180, Devil Sold His Soul, etc.

How does it work between Simon & Chris when it comes to writing the guitar parts?

Guitar parts will usually be sent to and fro and new ideas/developments sent across to each other. The songs usually start from a simple riff as a foundation and then they work from there and figure out the right parts for specific sections, and where things need to fit together.

What did it mean to you personally when a publication as vital as Metal Hammer crowned Bleed Again as ‘Band of the Month’?

It was a shock for us but an awesome time for the band as well, to be crowned by someone like Metal Hammer is a big statement, an honour.

Before lockdown, you got some sun in Malta when Bleed Again played Shellshock Metal Fest, how was the festival? And the sun in February?

Malta was an amazing experience for us all. All flying out to another country together for the first time, we were extremely privileged and lucky to have been asked to play. Everyone out there was so professional and it made things run extremely smoothly, the sun was lovely, however, we can’t say the water was very warm haha.

It was a little bit nerve-racking for sure as most bands’ first gigs are, but we knew as soon as we did our first show there was no turning back and this is what we all wanted to do. Music has always been a huge part of all of our lives, a couple of us went to college and uni to study it so it came naturally to us.

Have your business head screwed on, that’s one thing I was taught at college and uni. You could be the best musicians out there but if you don’t make a conscious effort to go out and meet people, and build those relationships, you won’t really get anywhere. The music industry is very tough, it’s all about who you know and the contacts, also you have to work hard and get out and gig as much as possible. The aim is to get your name out there as far afield as you can, over time you will build a bigger fan base outside of your hometown. 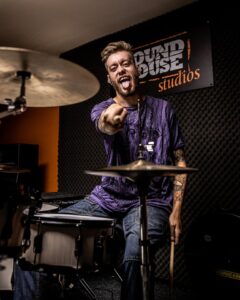 There are a few, but I think all of us could agree on Bleed from Within.

We think a band called Hawxx. We came across these guys when we headlined Icebreaker festival, an all-girl group with a huge sound. The audience was transfixed with them throughout their whole set. They will go on to do big things, their new track DOGMA has just recently been played on the Metal Hammer podcast, they are ones to watch for sure.

I think for most of us, just going out and having a laugh and a good time at shows with your mates, that’s what it’s all about and just completely getting soaked up in the atmosphere. I think it’s safe to say the lightbulb moment has been there from day one, but it clicked after our first big support slot with Soil.

There would have been a lot, but of course, lockdown happened. We were all looking forward to going to see Lamb of God together in London.

We feel like the Black Lives Matter movement is very important and an incredibly overlooked issue within this country.

Sam – I usually just listen to my daily mixes on Spotify, they are all varied with different genres of music, and also ‘RTJ4’ by Run the Jewels and ‘Collision Course’ by Linkin Park with Jay Z

Simon – UFO and ‘Strangers in The Night: Live’

James – I have a 90’s pop playlist on Spotify

Chris – Alterbridge, even though we are a metal band, my roots go back to classic rock

Jordan – I have a playlist of old-school house, garage, and drum and bass. I have a very broad music taste and like most music, also one of my favourite albums is Disintegration by The Cure; I grew up listening to those guys

Right now we are focusing on album number two and going over all of the new material. Lockdown couldn’t have come at a better time for us, with gigs on hold it has given us a chance to knuckle down on the new stuff.

We try to keep ourselves as active as we can on all of our social media platforms. Lockdown has been a test for sure, but we have stayed busy and built up enough content to keep fans interested in the band. We have a Bleed Again fan group which we post in regularly with behind the scenes things and lots of other stuff that doesn’t necessarily get posted on our main page, which is quite cool. It’s a really good way to get fan interaction and get to know us as people outside of the band.