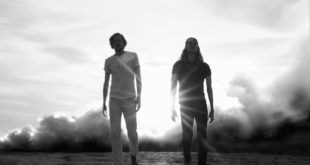 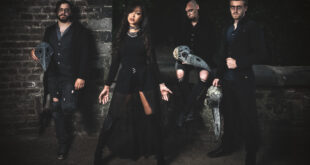 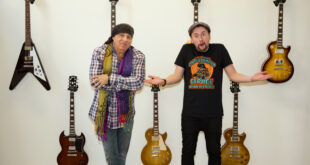 Revered guitarist Al Pitrelli is best known for his work with Alice Cooper, influential metal outfit Savatage, and of course Trans-Siberian Orchestra. Attending a live TSO gig at Christmas is, for many over the years, a Christmas tradition. 2020 has curtailed the internationally renowned band from touring, but rather than sit around, Al and the rest of Trans-Siberian Orchestra are gearing up for a unique Livestream performance of their beloved album ‘Christmas Eve and Other Stories’. Al took time out from the Thanksgiving holidays to talk about the forthcoming event, as well as the legacy left behind by the much-missed TSO creator – Paul O’Neill. 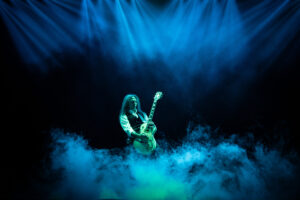 DGM: Hi Al, thanks for taking the time to answer some questions. It must be a hectic time for you so it’s appreciated!

AP: You’re very welcome, thank you for the opportunity and the interview!

DGM: First of all, Trans-Siberian Orchestra and Christmas go hand-in-hand. Was there ever a chance that 2020 might have been TSO-free?

AP: Prior to the COVID outbreak, no, that would never have crossed any of our minds. We’ve been touring every year for the last 20-21 years, give or take and, you know, this is what we do. Never once did I ever think that we’d have to cancel, we’ve never canceled a show. So, to answer your question, no, that was never a conversation, never once was it even thought of.

DGM: How have the rehearsals for the 18th December ‘Christmas Eve and Other Stories’ live stream been going? It must be difficult with all the restrictions in place?

AP: I tell you what, ask me that question in a couple of weeks! We’re still quarantining and getting ready to start rehearsing. It’s gonna be very exciting and a lot of fun, because I haven’t had the opportunity to play with some of these people in quite a while. I think that the band is so good it’s gonna be fine. We’ve been working together for decades. I’m looking forward to playing.

Masks on, that’s the only difference.

We could do another interview on Christmas Eve and I’ll give you the insight into how things really went!

DGM: Sounds like a plan! Now, does being the Musical Director as well as lead guitarist mean double the pressure?

AP: Not in Trans-Siberian Orchestra. All the players are so good and always so well-prepared that I never really have too much to worry about. I just start them and stop them as any other conductor would. They always come to rehearsal extremely well-practiced, well-prepared… there’s really no pressure other than if something goes wrong, and we make a point of making sure that nothing ever goes wrong. 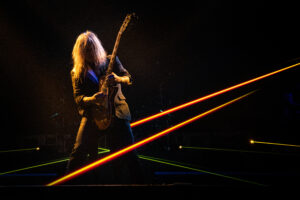 DGM: We aren’t talking about a few guys sitting around a studio with guitars here, this is a Trans-Siberian Orchestra Livestream after all! So what will the viewers be treated to come 18th December? Is this a full TSO show with pyro and everything, yeah?

AP: Well, it’s going to be a different version of a full show, because different is all that we have left this year. There will be a lot of the bells and whistles, but I think the biggest difference will be that everybody around the world that tunes in will have the exact same front-row seat as everyone else. That’s a special effect that could never have been put together in any arena or venue.

You can always call me up in a couple of weeks when this thing’s over and I’ll tell you exactly what special effects we had. I know that there’ll be a lot of video content, a lot of screens, a lot of lasers; a lot of the bells and whistles will be there. But, just like the band, the crew’s had to learn to adapt, overcome, improvise and figure out how we’re going to do it. But it’ll be over-the-top as usual, I promise.

DGM: Who will be appearing alongside the TSO regulars? Will there be any special guests, or are you sworn to secrecy?

AP: No special guests. The story, ‘Christmas Eve and Other Stories’, is the special guest. Paul O’Neill’s timeless tale has become a tradition for so many people in America and now, globally. We’re gonna do a 90-minute show. I’m very excited to perform with Jeff Plate and Chris Caffery – I haven’t had the chance to be on stage with them in quite a while. So no, other than the TSO material and the original TSO band, I think that’s special enough.

DGM: With different schedules in play, it’s not always easy to get the performers that you would like. Who would be on your TSO wishlist?

AP: Exactly who’s in the band now. I mean, I wouldn’t change anybody. There’s an incredible chemistry, a camaraderie that exists. Some of us have been playing together for 25-26 years.

It’s been very rewarding over the years to occasionally have a different singer join us for a song or two while we’re touring. Paul Rodgers, Joe Walsh, Steven Tyler; I mean, so many others have joined us on occasion, that’s always been a lot of fun. But at the centre of it, the story has always been the star of the show. I’m just proud to be part of it. 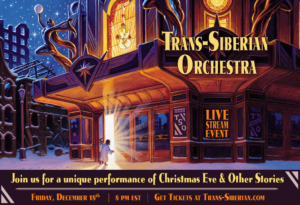 DGM: It must be humbling that in a time of such financial difficulties people are snapping up tickets to the Livestream?

AP: Humbling, yes; it gives me a great sense of pride that this has been a holiday tradition for so many people for so many decades now, that during these very trying financial times… I mean, the times are trying every which way. People are dying, families are separated, you know, you can’t celebrate how you normally would. So, yeah, the fact that financially, there’s a crunch, and people are purchasing the tickets. But we’ve always been good about keeping the ticket prices low, even if it’s a live concert. And for $30 for this streaming, you could have four or five of your family members, whoever you feel comfortable with, in your living room all watching it together.

Paul O’Neill and the O’Neill family, it’s never been about the money with them. It’s always been about us gathering together and celebrating this wonderful tradition.

DGM: Likewise, it must also be humbling that in times of so much uncertainty, heartache, and general unpleasantness in the world, on 18th December TSO will give people a little hope for a short time. Hopefully, the warmth from the Livestream will hang around for some time.

AP: I think one of the most important things about streaming (the show) this year is for us to realise that as a planet, we’re all on the same boat for the first time ever in our lifetimes. For 90 minutes, we get to shake this horrible pandemic off our shoulders and forget that it exists, even if it is for just a short period of time. And knowing that, albeit virtually, we’re celebrating together with however many people are going to stream this. I’ve been proud of being a member of TSO for 25 years now because people have adopted this work and these stories as part of their holiday tradition. To know that you’re being played in somebody’s home from Thanksgiving to New Year is an honour and a privilege and something I never saw on the horizon. The fact that during this global crisis we could all come together and celebrate something so special… I’m just very glad and proud to be part of this. Hopefully next year we can have a different conversation, but in the meantime, this is what we have. 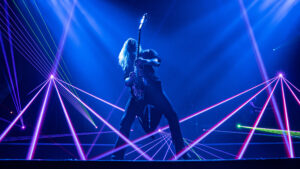 DGM: Trans-Siberian Orchestra stretches back to 1996. What were your initial thoughts when Paul O’Neill first got you onboard? And did you ever imagine that in 2020 you would still be preparing for a TSO gig?

AP: I never thought in a million years that this would last 25 or 26 years. Back then I was just thrilled to be part of something so incredible. To be part of a team that created such an incredible piece of art was a privilege. To work for Paul O’Neill was an honour; he made me a better musician, he made me a better human being. But never did I figure we would go on until the year 2020 and even past that. But Paul O’Neill knew; he said he wants this to last forever. I was just grateful to be along for the ride.

DGM: Paul left an incredible legacy behind. It must have been important to you that you keep that legacy alive?

AP: Most important thing ever. I’ve been his musical director for 25-26 years now. We’d have countless conversations where he wanted this work to live long past all of us.

Unfortunately, none of us were ready for that to take place so suddenly and so tragically three years ago. But it’s an honour to help his family carry the flag, to maintain musical integrity, and to make sure the generations to come can experience the same thing we all have. You know, I owe it to Paul, I owe it to his wife, to his daughter. To my children, to my grandchildren – if I ever get any, when I ever get any (laughs). I want them to experience what millions upon millions of people have enjoyed for so long now.

DGM: Although we can agree that 2020 has been a year to forget, we can also agree that it has produced some memorable music. What would be your album of the year?

AP: Honestly, I don’t listen to new music, but my daughter loves Ariana Grande so I’ve been listening to that a lot lately.

Musically, I’m stuck somewhere between 1967 and 1973. But, as far as new music, there’s always great new stuff, I’m just not aware of what it is. As I said, Ariana Grande and Taylor Swift are on around the clock at my house with my nine-year-old and four-year-old daughters.

AP: My favourite Allman Brothers album would have to be ‘At Fillmore East’. My favourite solo… oh gosh. Too many great guitar solos, it’s like asking me who’s my favourite child (depends on what day it is). But if I had to pick one favourite solo, as bizarre as this sounds, I’d say Chuck Leavell’s piano solo in ‘Jessica’.

DGM: Thanks for your time Al.

AP: Much love to all of you, stay safe, and hope to see you soon!