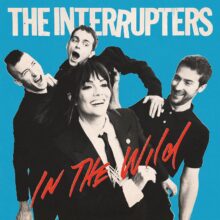 Los Angeles band, The Interrupters, have released their hard-hitting new song “Jailbird.” Documenting lead vocalist Aimee Interrupter’s personal battle with mental health, the anthemic single marks the group’s third release pulled from their forthcoming 14-track record, In The Wild, set to drop on August 5 via Hellcat/Epitaph Records. While the eagerly-awaited album reflects a story of survival and resilience, each track highlights Aimee Interrupter’s personal struggles and her will to overcome everything that life has thrown her direction.

“This song is about feeling like a prisoner in my own mind. I’ve dealt with a lifetime of severe anxiety, insomnia, depression, PTSD, trichotillomania, and panic attacks,” Aimee Interrupter shares. This song is about how cycles can repeat. Thankfully, screaming these lyrics at the top of my lungs brings relief from the very hell I am singing about.”

After supporting Green Day, Weezer, and Fall Out Boy on the Hella Mega Tour in the US, and playing UK’s Slam Dunk Festival beginning of the month, The Interrupters (comprised of Aimee Interrupter, partner and guitarist Kevin Bivona, and his younger twin brothers, Jesse/drums and Justin/bass) will return to Europe and the UK this Summer, starting their tour in Tilburg, NL on August 7th, followed by shows in Belgium, Germany, Slovenia, Italy, Austria and the UK. See below for the full list of dates. Tickets & info at wearetheinterrupters.com 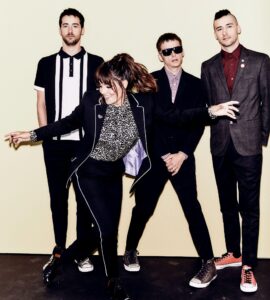 Fans who pre-order In The Wild in digital format will instantly receive “Jailbird.” In The Wild is the follow-up to 2018’s Fight the Good Fight, which debuted at No. 1 on Billboard’s Heatseekers Albums chart. The album contained the smash hit “She’s Kerosene,” which entered the top five of Billboard’s Alternative Airplay chart and has amassed over 50 million combined global streams to date. The band’s current single, “In The Mirror,” is at #20 on the alternative radio charts and was recently added to the band’s hometown radio stations, KROQ and iHeart’s Alt 98.7.