Oh Hank, won’t you help me, cos I’m lowdown singing the blues”. A great mixture of southern and hard rock, along with some blues that has a killer beat and some nifty fiddle work. ’Good Ole Days’ closes the album with some bluegrass and red dirt country, as Cobb captures the essence of the band in a live setting, rolling the tape as the band fuck around with some acoustic guitars after a few beers. Laughter breaks out as the song ends, and there is even some “Yee Haws” thrown in for good measure! This is one of the albums that I had been most anticipating this year, and I’m pleased to report that ‘Mud’ is everything that I had hoped it would be, and much more. ’Frogman’,’Trailer We Call Home’, and ‘Stone’ are just three of the many standout tracks on an album that goes for quality over quantity (the running time fails to dent the 40 minute mark). The debut headlining UK tour in early December will provide some much needed warmth to which will, no doubt, be another dreary winter. ‘Mud’ is released September 9th through Spinefarm Records. Review: Dave Stott]]> 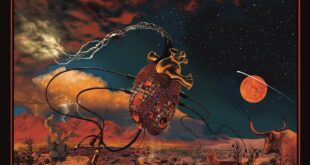 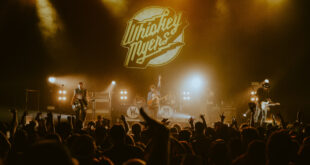