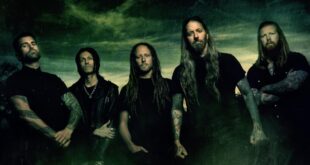 Review: Devildriver – ‘Dealing With Demons I’ 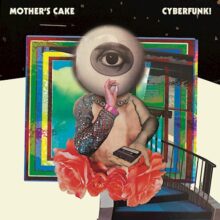 One look at the far-out cover art for ‘Cyberfunk!’ should tell you everything that you need to know about Austrian psych-rock trio Mother’s Cake. They like getting their freak on. The kind of band that says “fuck it!” and throws the rule book out of the window.

Think Jane’s Addiction and Hawkwind doing acid with Nile Rodgers and The Beatles. Even then you’re not even close, because the band drops a track like ‘Love Your Smell’ and everything that mainstream music has released in the last few years pales into insignificance. The said track comes ten minutes or so into ‘Cyberfunk!’ and for the best part, it seems really throwaway. Actually, it seems effortless. So many major labels are trying to find the perfect pop song and failing miserably because they suck all the life out of their artists, the end result being bands like The 1975 and Imagine Dragons; bands with no soul. With ‘Love Your Smell’ Mother’s Cake have cracked the formula of creating a simple, perfect pop song that someone like Prince might have left on the floor of Paisley Park simply because he was a genius and couldn’t fit every good song in.

Before ‘Love Your Smell’, the trio cranks up the spacey fuzz on ‘Toxic Brother’, where Yves Krismer not only lays down some insane fuzzy riffs but also a vocal performance best described as Perry Farrell and Debbie Harry had a baby together and called it Yves. ‘Crystals In The Sky’ is space-rock at its finest, full of thumping drums from Jan Haussels and throbbing bass from Benedikt Trenkwalder, and one kick-ass guitar solo from Krismer. The band follows this up with some raw acoustic guitar sounds before bringing the funk on ‘I’m Your President’, and none of that insipid Red Hot Chili Peppers funk either, we’re talking Parliament and Mother’s Finest mashed with primetime Jane’s Addiction. The lush backing vocal harmonies are on-point!

Post ’Love Your Smell’ kicks off with ‘The Operator’ where there are so many twists and turns that your head will explode. The disco-like vocalising is sublime and mixed with the incendiary guitar work, the end result is quite staggering. Rage Against The Machine at Studio 54? Maybe. Whatever you want to call it, it works on so many levels (as does the dreamy, mostly-instrumental ‘Cybernova’). ‘Hit On Your Girl’ can only be described as totally gonzo, disco with a baseball bat hidden behind its back. ‘Gloria’ is The Beatles at their very best; i.e. ‘White Album’ era, and could bring Mother’s Cake legions of new fans if only mainstream radio would take a chance on a band like them. BBC Radio 6 sticks this bad boy on during drive time, the band locks into their hellacious jam towards the end, and the switchboard (okay, social media) lights up.

Genuinely, a rather special album from a band doing it their own way, with zero fucks given.