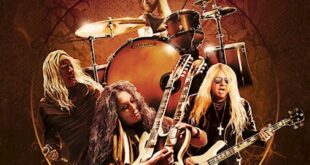 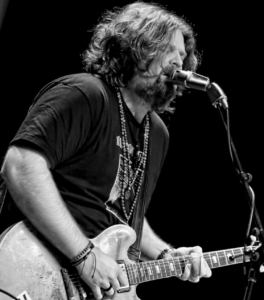 When it came to naming his forthcoming second solo album, Chicago-born, Nashville-based singer, songwriter, guitarist, and producer JD Simo went for the self-titled approach. A self-titled album this far into a career usually means making  a statement (Lamb Of God springs to mind), or it could just mean that Simo was having way too much fun in the studio to come up with a better name for the sucker.

‘Psychedelic Fuzzy Bastard’ might have been on the suggestions board at some point because that is what ‘JD Simo’ is; one big, magnificent psychedelic fuzzy bastard of an album. It’s also a loud album, one made for cranking all the way up, but not loud in the same sense as so many modern albums today where the producer replaces power and feel, with volume.

The soul-tinged groove throughout the album is ridiculous. Straight from the off on the first few bars of opener ‘The Movement’, it’s clear that there will be some moves getting busted here. Simo’s rich and authentic high vocals transport the listener back to the ‘70’s when Bobby Womack was still trying to get ‘Across 110th Street’. The sublime guitar playing is full of fuzz, and effects by the bucketload, Simo melts faces without the histrionics that blight so many shredders today. The tones that he coaxes out of his guitars are incredible, although special mention does have to go to Adam Abrashoff behind the kit who manages to almost steal the show with his phenomenal playing.

The message that only love can conquer hate is played out against a wall of effects on the single ‘Love’ which comes complete with lashings of wah, fuzz, and echo. Considering how fucked up the modern world is in 2020, it’s a hopeful message but hey, I’ll take hope where I can find it. ‘Out Of Sight’ is perfect juke-joint material and marries soul and blues with a truly hellacious guitar sound. In one of the many highlights of the album, ‘Out Of Sight’ seeps directly into ‘Higher Plane’ to make a combined seven minutes of devilishly good music which contains a jaw-dropping jam towards the end of the latter. Another highlight comes in the shape of the uber-light and dreamy ‘One Of Those Days’. Is your day getting you down? Slip on some cans, press play on this sucker, and just melt into the sofa. Truly blissful.

‘Hyperbolicsyllabicsesquedalamistic’ is one of those moments where Simo could play it night after night, and no two nights would be the same. Expansive, and totally, totally gonzo, as is the instrumental ‘Take That’; two minutes of rocket-fuelled madness. ‘Soul Of A Man’ might be a Blind Willie Johnson cover from back in the day, but Simo gives it a fresh coat of paint without ruining the original paint below. In the hands of others, it might have been modernised to the point of making it bland and unrecognisable, but Simo treats it with the respect that it deserves and does a fine job. After the mindblowing maelstrom of ‘Help’, ‘Anna Lee’ brings the album to an end with a traditional blues feel combined with some neat effects, and what sounds like a tape being stopped and instantly restarted around the two-minute mark. Old-school studio wizardry for sure.

After putting his blues band SIMO to bed (after a handful of killer albums) JD Simo has gone down a more eclectic path with his solo material, the end result is a genre-mashing, fiery brand of music that leaves the listener looking forward to whatever the dude comes up with next.

Previous Review: Kamelot – ‘I Am The Empire: Live From The 013’
Next Interview: Johannes Eckerström of Avatar 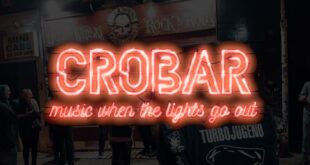