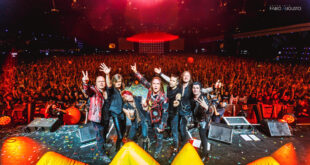 Today is the day – HELLOWEEN have released the first single, ‘Skyfall’, from their upcoming …

“Please stay together!” This was the ardent wish of thousands of fans calling out to …