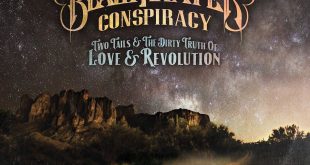 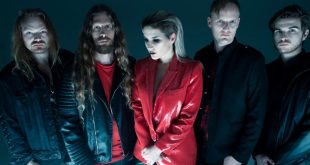 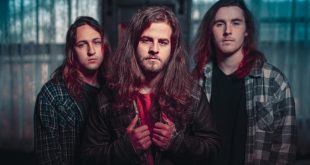 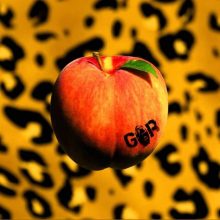 The full length debut album from Manchester’s Gorilla Riot begins with a real statement of intent. The heavy, doom-laden guitar instrumental ‘Rider I’ has more in common with the likes of Metallica than it does with the Southern Rock acts that Gorilla Riot have been compared to. For two minutes, the three-pronged axe attack of Arjun Bhishma, Liam Henry and Charly T lock into a seriously heavy groove tailor made to have you rethink the “Southern Rock” tag. But, listening back to previous output like the ‘American Honey Vol.1’ EP, you can see where the tag comes from.

After the last strains of ‘Rider I’ fade out, the cunningly titled ‘Rider II’ springs to life with a simple, pounding drumbeat from Will Lewis, ably backed in the rhythm department by bassist James Degnen. The guitar work is dazzling at times, three guitarists all playing different parts, but joining together to make this intoxicating cocktail of tones. More going on in this six minute beastie than you can shake a shitty stick at, especially the towering lead solo that bursts into life during the latter stages. Kudos for opting to go with what is basically an eight minute opening track, and one that grabs the listener from the off.

‘Still Doing Time’ has a hint of early Aerosmith-swagger during the first few moments, mainly down to the Perry/Whitford sized riffs. The change in pace throughout is a pleasant surprise, and Bhishma’s warm vocals entice the listener down the rabbithole and into a blissful state of mind. His stoner-grunge tones bring Layne Staley to mind, especially on moments during ‘Mind Your Head’, the sleazy, grinding ‘Half Cut’ and the punishing ‘Help The Guilty’. Southern Rock? Nope. Velvet Revolver meets Alice In Chains at a party over at Joe Perry’s house. Maybe even throw in a slight hint of The Doors on ‘Black Heart Woman’? Christ, that is some party right there!

Hankering for some Southern? ‘Reckless Till Death’ does feature a sizzling slide guitar sound throughout, and that’s about as close as Gorilla Riot get to The South. ‘Peach’ is however a gem of an album, especially for fans of loud, guitar-driven Rock that aims two middle fingers squarely at those who regularly sound the death knell of the most important instrument in music today.

Gorilla Riot launch ‘Peach’ with a homecoming gig in Manchester on February 8th, they then hit the road for live dates throughout March and April, find all tiur dates here.