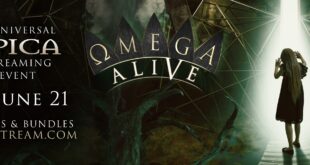 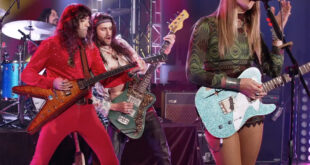 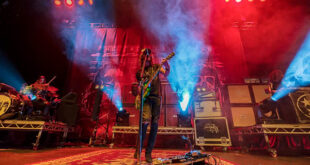 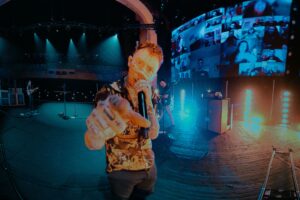 With the clock on the screen counting down, waiting on Frank Carter & The Rattlesnakes to appear is similar to watching the clock counting down on Sky Sports during transfer deadline day. But without Jim White bugging the shit out of everyone. So once the clock reaches zero, the voice of Frank Carter can be heard as an introduction to the evening, can’t see him though as the screen is black. Then the penny drops – shit, this is VR, so I pick up my phone, tilt it, and would you believe it; Frank Carter is staring right at me. And I mean RIGHT at me. Christ this VR malarky is some good shit.

Artists have had to adapt during the pandemic, and livestreams are now the best way to stay in contact with their fanbase. MelodyVR has picked up the baton and ran with it, in doing so they have set the bar very high for others to follow. With a simple tap of the screen, the viewer can choose between several angles and select the view they fancy the most. Stage right, stage left, front view, track cam, being a few of the options, but it’s the “directors cut” which provides optimum viewing pleasure. One of the band members moves out of shot? Simple. Just pan your phone round and you have them. 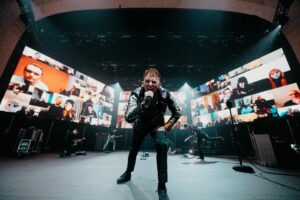 The stage set-up is incredible. A wall of screens is set up and features the smiling faces of fans tuning in to get their Friday night started with a bang. A very interactive feature and one that keeps Carter on his toes as he spots “the first doggo of the evening”, followed by a bearded dragon on someone’s head later on! Carter uses the screens well and is constantly pointing out faces that he “normally sees on the front row”. When he wants to talk to them one-to-one he calls out a screen position (top left, middle right, etc), and they go full screen. Sarah who runs the fan club is highlighted, as are lifelong fans (“Marie, how’s your tattoo?!”), young kids, Carter’s Mum, and even Live Nation’s Andy Copping (complete with the cowboy hat, natch). All making it an emotional reunion of sorts. Carter is beaming, and before ‘Juggernaut’ when he announces “We’re back! It feels good to be back!” it’s fair to say that it’s quite an emotional moment for all involved.

The VR is working overtime trying to keep up with Carter as he is like a man possessed on stage. He knows that this has been a long time coming and only he knows when/if it may be repeated. For now, though, he is grasping the opportunity with both hands. The fans have played their part in curating the setlist, and Carter is feeling it. Before launching into the live debut of ‘Fire’, he jokes with the wall of fans; “…the setlist is fucking hard work, it’s banger after banger!”. Apart from him mentioning that it’s been a while, you would never have suspected that this is the first time in several months that Carter and the band have performed live as the band is on fire. Lead guitarist Dean Richardson, in particular, is a blur as he spins around wielding his weapon of choice, releasing all the pent-up frustrations from the last seven months or so. The band is feeding off the energy of those at home, especially those moshing in their living rooms, and at times it feels like one massive family reunion. This goes beyond the normal equation of a band and its fans. This is something else. 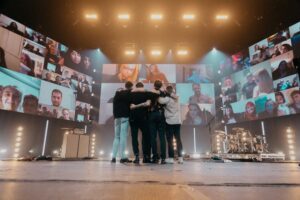 There is a special moment when Carter notices his Mum onscreen and calls for her screen to go fullscreen on the video wall, he tells the heartfelt tale of how he was struggling with his anxiety before a gig in Sheffield and he called his Mum and she was there for him like she always has been. The next song? That could only be ‘Anxiety’ couldn’t it? Other highlights would have to be the fiery rendition of ‘Fangs’, and the poleaxing one-two of ‘Crowbar’ and ‘I Hate You’, the latter dedicated to Coronavirus. After the last strains of ‘I Hate You’ fade out, the band take a bow in front of the fans and then make their exit, looking happy that they pulled it off. Knackered, but happy. In the words of Frank Carter; That. Was. Fucking. Awesome. 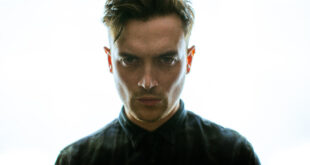 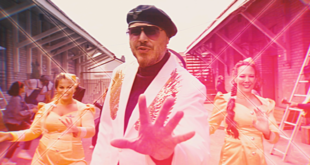 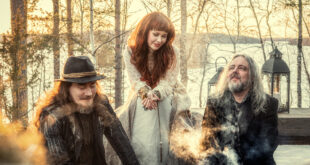