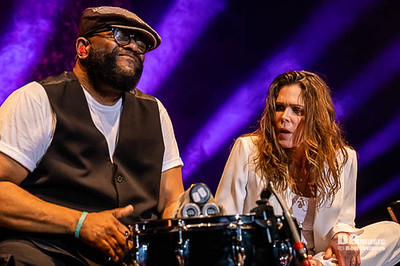 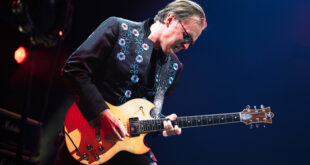 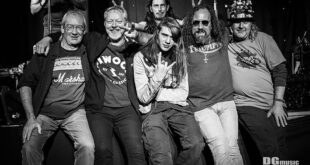 A civilised, seated affair in Plymouth was a change from the usual mosh pits and crush that I tend to cover, but the chance to experience Beth Hart up close was something I couldn’t resist. 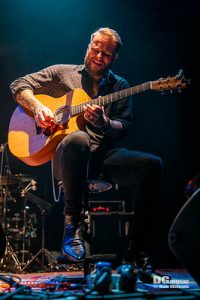 Local guitar hero Kris Barras opened tonight’s show, partnered onstage by Josiah J Manning for an acoustic set. It was certainly different to the many times I have seen the bluesman live before but the thirty minute set went by in a flash. Manning, sat with one shoe off, somehow played guitar, keyboard pedals and a stomp box all at once, making for a full and rich sound. Barras meanwhile ripped solo after solo out of his acoustic guitar and filled the hall with powerful vocals. Highlight for me was set closer, an acoustic version of ‘Hail Mary’ that, being absolutely frank, I thought sounded every bit as good as the electric version and the reaction of the crowd suggested they felt the same way. 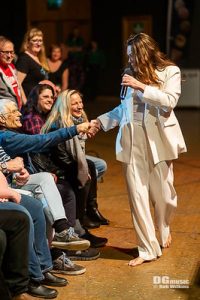 A brief pause and the lights went down. Gospel singing filled the air. Three musicians took to the stage and a voice rang out. As the crowd looked around the petite figure of Beth Hart emerged at the back of the hall. She then proceeded to walk through the crowd, hugging, shaking hands and interacting with everyone who wanted a small part of her. There was no artifice about the entrance as she sang ‘A Sunday Kind of Love’. It felt like someone connecting and grounding herself before her set and was genuinely rather emotional.

At this point I would usually go through the set-list and talk about the songs played. Tonight didn’t really seem to be about that though. The set-list was merely a guide (at one point Beth added ‘I Love You More Everyday’ which wasn’t even featured and only first played at the soundcheck. On the official set-list the encore was simply titled “???”). Tonight was about an emotional and heartfelt journey with a room full of friends.

Close to the stage the energy radiated off her. Watching her facial expressions and mannerisms it was clear that she was incredibly psyched up and at the end of the second song she buried her head in her drummer’s leg and literally chewed it to relieve the excitement. Hart talks freely and honestly about her past troubles. Her husband Scott features in many of the monologues and occasionally he briefly appears on the stage, grounding her like a lightning rod. 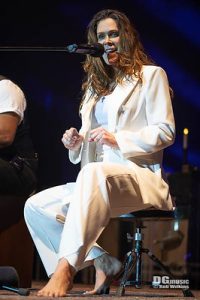 Her voice and musicianship are extraordinary. At one point she starts a song at the piano in the wrong key and simply starts again in a different one, yet still plays a solo that blows the mind. Her voice ranges from immense power that leaves me open mouthed, to the softest of ballads that make it far too easy to shed a tear.

The set takes the audience on an emotional journey and has more light and shade than any other concert I have witnessed. There is smooth jazzy blues with upright bass. Piano ballads where Hart commands the huge stage from a seated position using voice alone. A segment where she plays an acoustic bass guitar as accompaniment for a totally unique sound. A more usual acoustic guitar segment and a raucous electric set. Some of the songs are simply immense; ‘Rub Me For Luck’ was on fire, ‘War In My Mind” spine tingling, ‘Sister Dear’ mesmerising. The abiding memory though is the emotion. At one point Hart sheds a tear and runs to her bass player for a hug. The stories, about her sister, her mother, her husband make you feel her intense vulnerability yet also her huge strength to be where she is today.

Two hours fly by. At one point she asks the audience if they mind her playing so long as she keeps throwing stuff into the set and is met with a resounding cheer to play more. Finally the last notes of the encore die away and she takes a last bow. I hoped that she would leave the way she arrived so that I could leave my seat and connect, even just a little, with such an enigmatic and extraordinary performer but unfortunately I had to settle for excitedly gibbering to my partner the whole way home.