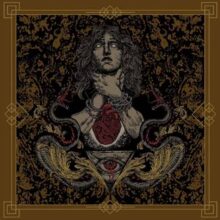 Reach has been defining the start of a new musical era and let their listeners into the alluring, ghostlike and gritty world they create around their upcoming new album that will be released at the start of next year. Now releasing their new single Young Again, they are challenging their listeners by showcasing next level of the experimental song-writing and powerful storytelling that is Reach.

Commenting on ‘Young Again’ Ludvig Turner, singer, guitar player and songwriter of the band says: ” Imagine someone who spent their whole life doing something they regret. They had ambition and hopes to be something great but got stuck at a general store for 40 years but at the end of this song turned things around and followed the true path of the heart. Now take that and scrap it! This song is based on a murderer whose life caught up to him and he wishes to turn back time to when he was a kid. You see these kinds of stories in TV-shows where they go into the heads of murderers and criminals. They are really popular and I find it interesting how this desire to witness chaos lies deep within us. Not the least in myself. Many of the songs I write are about arsonists, murderers, end of the world or the end of someone’s world. There is something about stories rich in sad pathos that is appealing to me. I think/hope many people feel the same.”

”Our director Johan Lundsten can really put our dark and crazy ideas into reality. This will be our darkest video up to date”. comments drummer Marcus Johansson

Director Lundsten added: ”Making a video with this band is always going to be a blast. There are so many ideas and concepts being thrown around you´ll always find yourself surprised at the end. Reach has a history of utilizing powerful imagery, so we definitely wanted to push the envelope when telling the story in a visually intriguing way. I´m so pumped to get this out to the world, I think we´ve been able to visualize the message in a dark way but also with a glimmer of hope and warmth.”

Releasing Young Again, Reach leads their listeners into an era of explosive intimacy with songs wrapped in a veil of mystery and playfulness telling stories about love, death and emotion in severe conflict with each other. Talking about writing the song, Turner explains: ” The music of this song was written with the goal of becoming a happy dance song. With the image of a youth disco in mind, a happy song was composed with a durable staccato piano in the verses for maximum feeling of happiness! But the lyrics for this happy song was absent with the exception of the phrase “I Wish that I could be Young Again”, which was sung by a person longing to return to his youth. In search of happy verses and a continued happy chorus, they all felt dishonest. I would not want to go back to a specific memory, say a school ball, to experience that moment. Had I been able to go back I would have changed everything. The lyrics was written separately, before the music was composed, and told a story of an individual who followed a thin common thread in the wind through life and ended up in a place where the only way to happiness was a restart or an ending. That text fit perfectly into “Young Again”. The slightly dark lyrics to the happy music became exactly what we wanted and the song in its entirety follows the album’s own red thread of remorse, revenge, chaos and death.”

Previous Unveil The Strength – “The End Of Heartache”
Next Sammi Doll: Official Music Video for “AN OM IE”