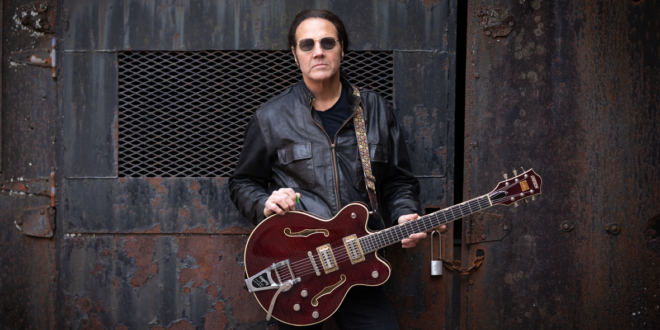 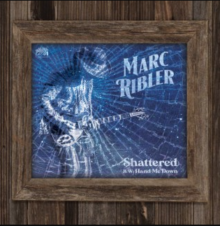 Marc Ribler, singer-songwriter-musician-producer and music director for Stevie Van Zandt, is debuting a new single “Shattered” (b/w “Hand Me Down”) in advance of releasing his new solo LP ‘The Whole World Awaits You’ in June via Van Zandt’s Wicked Cool Records/The Orchard…

Of the new single, American Songwriter writes, “Shattered” chimes with a jangly 12-string Rickenbacker, crunchy open G riffs, punchy slide guitar, a bed of pristinely layered acoustic guitar tracks and Ribler’s plaintive, near-broken but head still held high vocals. If you miss Tom Petty and the classic sound of world-class musicians playing together for the song, you’re sure to be smiling and singing along.”

The Brooklyn-born musician has played with many of the great over the years, including Bruce Springsteen, Carole King, Paul McCartney, Darlene Love, and Elvis Costello to name just a few. He has written and produced over 40 songs for major label recording artists throughout the world and his songs have charted in Billboard’s Hot 100, with Top 10 hits in Canada and abroad. Additionally, he’s written popular jingles for brands like Trojan Condoms, Office Dept, V8 Juices, Bell South, Activia Yogurt and Green Mountain Coffee.

Ribler’s unique ability to balance emotion and logic enables him to infuse his music with raw passion laced with a clear-headed understanding of the complexities of life.

Reflecting on the beginning of his love of music, Ribler recalls, “One of my first memories was at age 5 waking up to the radio alarm clock with WABC pouring out tunes like Donovan’s “Mellow Yellow,” Tommy James’ “Crimson and Clover,” The Beatles’ haunting “She’s Leaving Home” and The Byrds’ rendition of “Mr. Tambourine Man.” Those pop ditties melded deep into the fabric of my very being, with great hooks that the artists seemed to be singing straight to my soul.”