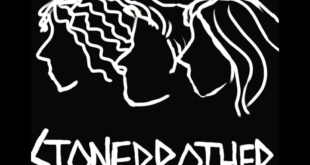 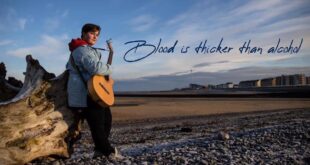 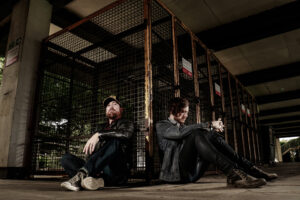 The Survival Code are Gary McGuinness (guitar/vocals) and Simon Hartop (drums/vocals. Based in London, the band formed in 2012 and have a number of major releases to date with a mixture of lineups before finding their formula as a guitar and drums duo. Classic Rock Magazine described them as “Think Foo Fighters meets Buck Rogers era Feeder, but Fuzzier and scuzzier”, while Kerrang Magazine roared; “Full of Buoyant Jams that belong on giant stages”. We got the lowdown on The Survival Code from both Gary and Simon, as well as delving into their own personal musical memories…

What are the origins of The Survival Code? There have been a few line-up changes over the years, how long has the current incarnation been playing together?

Simon: I joined the band in august 2018 and it has been a great fit ever since. Previous to that Gaz had 3 or 4 different setups but both he and I agree the band’s best music has been as a duo.

Gary: Definitely! We were lucky to have some great former bandmate/friends over the years but London and life often get in the way of making long term plans so trimming down to a duo in 2017 helped us progress as a band.

Does being a duo now suit the sound of the band better? Do you write new material from the point of view of how will these songs sound live as a two-piece or is the intention to bring in someone extra for live shows when they return?

Gary: This will be our third release as a duo and we’ve had two U.K. tours and dozens of gigs practice since. It works really well to be fair, I’m on guitar and go into two amps where I can, along with a mono backing tracks which help lift the sound when I’m doing a lead for example and the main guitar drops out.

Simon: Yeah when I joined I had never been in a duo and was definitely interested to see how it could sound and I have to say I was taken aback by the feedback we get and how easy it is to play live.

Gary: There are limitations clearly, but we feel the pros outweigh the cons for where we’re at in the cycle.

How did you feel performing your first gig with the new line-up? And how was it?!

Simon: Believe it or not my first show with Gaz was the album launch for the band’s second album “Hopelessness Of People”. We had been quietly practicing a good bit in the run-up to it so it wasn’t as daunting as it sounds initially but was defo a lot of pressure at the time.

Gary: That’s true, our older drummer played on the last album and was due to leave the country for a work opportunity shortly after the album was released. The album release ended up being delayed at the time due to one or two things, which meant he had to go, and thankfully as a band, we started looking enough in advance of this date to find someone – and we were lucky to find Si.

What should people expect when they check the band out? How would you describe The Survival Code?

Gary: We try and fuse rock/pop/punk and metal into our music and give it our custom flair. Live we are a ball of energy and sound.

Simon: Energetic fat meaty riffs, mixed with melodies and solid beats with a side of huge sound. 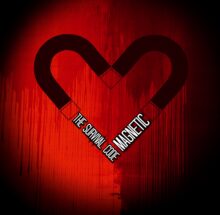 ‘Magnetic’ is the new single, who came up with the story behind the stunning video that accompanies the single?

Gary: It was borne out of lockdown and necessity. We were desperately trying to release the single last year but could never get our diaries aligned with those we were hoping to work with. The idea came about after experimenting with shadows in our practice room and realising a dark, tense narrative to accompany could work.

Simon: It was such a shame last year like most things, but we’re really proud of what we managed to achieve. We have a blog article about it with lots of details on the video and how we made it if anyone is interested.

The track is lifted from the current EP – ‘Crosses To Carry, Coffins To Fill’, that’s one hell of an evocative title, what are the lyrical themes running through the EP? And how quickly did it come together?

Gary: The name of the EP came from a line in an old song I wrote in university. It always felt like more than a line in a verse and was brought to life with this release.

Simon: We always try and have contrast in our music, we mix heavy guitar parts with high vocal melodies and dark imagery with upbeat lines, we try to keep you guessing.

Gary: All of our songs are about something, someone, or a situation we went through, so there’s always a serious element to our music, even when we’re saying “why so serious”?!

The EP brought fantastic praise from outlets such as Classic Rock Magazine, which must have been a special moment?

Gary: Absolutely, for a band of our size, getting any words or recognition from the larger publications can be very testing, to say the least. You tend to value these all the more as they’re so hard to get. Any coverage is always appreciated though! And every comment helps.

In terms of a similar audience: who would be the ideal act for The Survival Code support?

Gary: Of the bands we’ve played with that have gone on to great things – Press to Meco and Kid Kapichi. 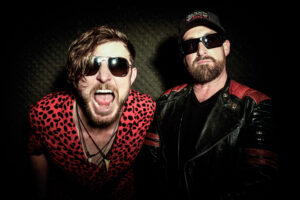 Gary: Probably listening to music in my mom’s car followed by my first albums: Oasis and Nirvana.

Simon: Seeing drummers on Top of the Pops.

Personally, who has been the biggest influence on you becoming a musician? Would it be a teacher, a family member, a fellow musician?

Gary: It would have been my first high school guitar teacher, without him the calm may never have gotten rolling.

Gary: God Is An Astronaut.

Simon: Naturally at this time and along with everyone else, mental health has never been a more pressing topic. Everyone is suffering at the moment and we all know others’ going through far worse. The Survival Code and being in the band, writing songs, and being part of something is what helps both of us immensely, so we try to give our time and music to the cause wherever possible.

Gary: We do find it surprising the amount of people that reach out to us to chat and say hey, it’s often nothing to do with music half the time, people are crying out for a connection at the moment.

Gary: Medium Rarities by Mastodon, great insight into another side of the band

Gary: Matt Skiba, I’ve always admired him and his music and delighted he’s now in Blink.

Gary: We have nearly two dozen demos tracked and worked on for the last 18 months, we can’t wait to get going – watch this space.

Gary: We’re everywhere! Take a look where you like to check out music or videos and we should be there.