Blackjack Love recently released their new single ‘Before I Leave’, founding member Azza drew the short straw and had to fill in the blinks on our introduction to Blackjack Love. Read his answers below and don’t forget to check out the band on YouTube and give them a follow, now more than ever, new bands need support. 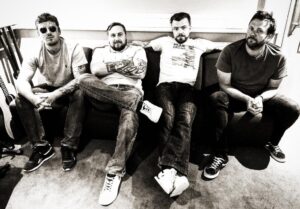 Blackjack Love has been around for a few years now, but I was on my own in the beginning. Since I recruited the other boys (Matt, Sam & Nick) it’s been live for a year or two now. It all stemmed from myself recording a song in LA, then I came back to England & wrote a couple more. That then ended up being the debut album ‘Bullets & Blues’, & it all went from there really.

It was a buzz. We were unsure how we would go down as the other acts were all more chilled or acoustic. Then we rocked up, rocked out, & the crowd loved it.

Desert rock, Tarantino-esque heavy blues for all the family.

I think nowadays everything is about a gimmick. Rightly or wrongly. The art of writing good quality, timeless songs is dying man.

We have a single out currently called ‘Before I Leave’. It’s available on all good streaming sites, as well as a video on our YouTube channel.

Tough one that. The Black Keys probably. 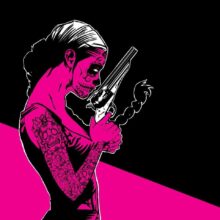 I remember a few years ago being interviewed on a radio station & the host played a couple of tracks of an American band called ‘Rival Sons’ & it blew my mind. I’m surprised they haven’t blown up over here as much as over there. So I’ll go with them.

Probably my uncle making tapes for me as a kid. Driving in his car listening to all sorts from Marilyn Manson to The Clash. I think the first time I wanted to pick up a guitar was when I saw the video for ‘Smells Like Teen Spirit’.

I really can’t remember! I’ll have to get back to you on that.