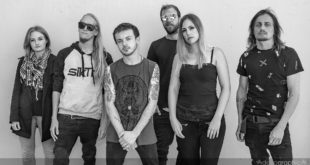 Ade Fabola is a singer-songwriter whose music is characterised by upbeat guitar fingerpicking and lyrics with influences from folk, blues, roots, country and classical music. New single ‘Something Good’ is a blissful, chilled-out piece of music to sooth the soul. Ade joins us to talk about his musical background, as well as what you can expect once you click “play”… 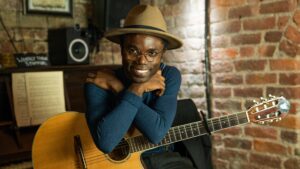 For the most part my band is just me, I’m mostly a solo act. I do have a few friends that I get together to jam with, record demos etc. As for my recently released record, and the ones to come in 2021, the instrumentation features myself and the folks at the Animal Farm Label.

Ah, my first gig, I remember being nervous. So many thoughts crossed my mind, lots of “what ifs”. Like, what if I forget the lyrics, what if I break a string, what if at the end of the gig people tell me to find something else, that music isn’t for me? I had a friend in the audience who I spoke to afterwards and apparently this wasn’t obvious to the people watching, but I had shaky legs. I loved every minute of it though, that feeling of being on stage, the novelty that came with doing something for the first time, the sigh of relief that overcame me at the end of it all, it was a night to remember.

In terms of what people should expect, my music is a blend of folk, blues, Jazz and world music. It’s predominantly acoustic and driven by warm nylon string guitars that produce intricate melodies. My sound is predominantly warm and it’s characterised by soft, soulful vocals paired with precise guitar fingerpicking. My vocal timbre is similar (as I’ve been told) to that of Tracy Chapman and Jack Johnson, and my guitar style is somewhat evocative of that of Passenger and Tallest Man on Earth. These are all fairly loose comparisons, of course. I try to be my original self with my true voice, and I’m on a quest to be the best at what I do. Afterall, I’m the best at being me 🙂

I’m not sure I’m trying to stand out from anyone else. I’m just trying to be myself, comfortable in my own skin. I believe we’re all unique and if we give in to our unique selves, we’ll naturally stand out. I like to think I’ve developed a style that’s somewhat recognisable, both in terms of my appearance and my sound. My style is the way it is because that’s what I feel comfortable doing, and in time it’ll help me stand out from others. 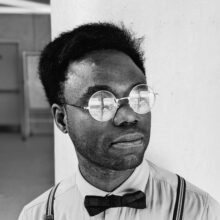 We’ve just released a single called Something Good along with a chilled out music video. It is available to listen to everywhere, and the video is out on YouTube and my socials too. In addition, we’ve got new music coming out this year. Some already recorded and more currently being written. I tend to share snippets on my socials, especially Instagram, and the occasional full acoustic version on my YouTube channel.

L.A. Salami is pretty cool. It would be nice to be on the same ticket 😉

There are so many cool acts on my local scene to watch out for. Izzie Walsh, Ideal Forgery, Harry Houston, Capitansam, Emily Mercer to name a few. I’m sure they’ll all go on to do great things 🙂

It’s difficult for me to recall my first musical memory because my childhood memories aren’t all that reliable. I know there was a lot of Reggae music around, as well as lots of western pop and west African highlife music. Bob Marley’s One Love and No Woman No Cry, as well as Michael Jackson’s Heal the World and You are Not Alone come to mind when I think about some of the earliest music I was exposed to.

In terms of what made me think about getting into music, there was just something about the beauty of music, the way it moved people. I remember watching concert clips in a documentary, and I saw people screaming and crying, and losing their minds and it just felt so powerful. The artists and musicians themselves seemed to be having so much fun, and they looked cool, and in their element. I don’t know what else can move people like music.

Then I came upon Bob Dylan’s music; Don’t Think Twice, It’s Alright might just be the most influential for me. Everything from the storytelling to the instrumentation left a mark, I often say that’s probably where my interest in fingerpicking came from. Passenger’s music has also heavily influenced my musical journey, largely due to his lyricism and fingerstyle technique.

2020 was a complete write-off for me, gig-wise. The last amazing gig night I remember was Izzie Walsh’s gig at the Deaf Institute in Manchester, and this was at the end of 2019. Her band headlined and had support from the Johnny Oates band and Runah. It was a great night of Americana/Roots music.

I don’t know if anyone will find this surprising, but I’m into Hans Theessink’s music. He’s a Dutch blues and roots musician and he’s got a unique (in my view) spin on the classic Delta Blues. I’ve got a few of his records.

A few come to mind so I’m not even going to try to pick one haha. Kodaline’s One Day at a Time, Taylor Swift’s Folklore, Passenger’s Songs for the Drunk and Broken Hearted (technically 2021). 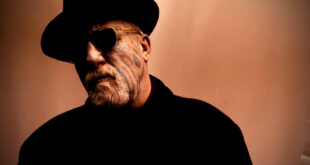 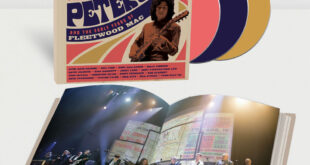