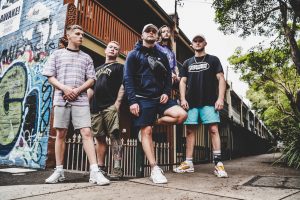 Sheffield shredders Malevolence have recently dropped their three-track EP “The Other Side”, vocalist Alex Taylor talks to us about the EP as well as the advantages of being an independent band.

How are things in lockdown? How is everyone in the band doing? Anyone cracked and done a B&Q run yet?!

Everyone’s doing good! We’ve had plenty to keep us busy with getting everything sent out to the people who have been ordering merch and picking up the new record. I’ve also been using the time to enjoy the smaller things and ride my bike!

The new EP must have helped, what was it’s gestation period?

We’ve been working on this EP for well over a year and a half now, including the writing process, filming the videos and recording it at the end of last year!

If the EP was recorded now, would it sound different? Has the current state of affairs affected your writing at all?

I don’t think it would necessarily sound different. We’re very much perfectionists and won’t release anything that we’re not entirely happy with so we spent a lot of time perfecting the sound of the EP. We’re trying to use this time off at the moment to focus on writing for the next record and stay productive.

The vinyl versions look stunning, how far in advance did you have to plan them? A common grumble seems to be that during the early stages of the year most vinyl producing plants are booked solid with Record Store Day titles, causing delays?

How fed up are you with people making COVID-19 jokes about track two on the EP – ‘Keep Your Distance’? – If only you saw those coming?!

I think it worked out pretty well in terms of timing to be honest! I’ve seen people calling it the COVID-19 anthem which is pretty funny.

We first met those guys back on our US tour in 2016. Bryan is one of the boys and getting him on track was just a simple case of hitting him up on instagram one day and asking if he would be up for it. 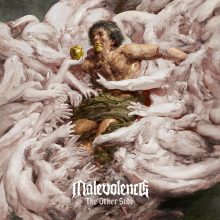 Despite your independent status, the quality of the products that you put out there is incredible, anyone on the outside looking at ‘The Other Side’ would never guess that the band was totally independent. You must be very proud of your own label MLVLTD Music. And does this prove to others that bands can go it alone?

Thank you! I’m glad that our hard work is apparent! I would encourage any band in a similar position to us to take the gamble and do it because the rewards for getting it done successfully make it worth it, however you have to be prepared for substantial investments, delays and perseverance!

The artwork on ‘The Other Side’ is particularly stunning, Eliran Kantor painted it, was it especially created for the EP? How far in advance did you have to “book” him?

Yes it was created from scratch for the EP from a brief that we gave him. From the brief, he went on to create a full concept behind the artwork that captured the temptations of indulgence, senses-numbing substance abuse, gluttony, sex and distraction. We commissioned Eliran back at the beginning of the writing process nearly two years ago!

With the exception of the lockdown, what frustrates you about the current music scene?

One thing that frustrates me is peoples unwillingness for change. The metal scene especially is meant to be one of the most open minded communities however in my experience I’ve found the opposite. You’ll have death metal bands talking about carving up women, yet people are more upset when some lads turn up wearing North Face jackets and Nikes. That’s crazy to me!

The band is endorsed by Ibanez UK & Laney Amplification, that must be a boost?

Yeah absolutely, Josh and Konan work closely with those guys and they take very good care of us! I think for the lads, it is a dream come true!

With regards to how the grass roots live music scene will survive, are you optimistic, or are you fearful of venue closures and bands having to call it a day?

I think we will experience difficulties for a long time due to the current global pandemic and it will be affecting people from all walks of life. I am worried that certain venues might not be able to cope. My outlook on the whole thing is to try and remain positive though, I can’t wait to get back to doing what we do best!

Personally, what’s the album that you have in your collection that would surprise people the most?

My music taste varies massively. I can go from listening to UK rap to some smooth jazz to 80’s power ballads so I wouldn’t necessarily say I have a particular album that would surprise people. Pressing ‘shuffle’ on my Spotify can be a wild roller-coaster!

Lastly, did you ever get the setlist back from the Sydney show in January?! That was perfect timing when the live video caught it being snatched!

We didn’t get it back and to be honest, I wouldn’t have asked for it back anyway haha! Anyone who is willing to climb up on stage to snatch one of our setlists deserves it, I would encourage it as long as they do a sick stage dive afterwards!