The Gloria Story: To Support Quireboys On UK Tour 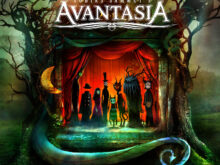