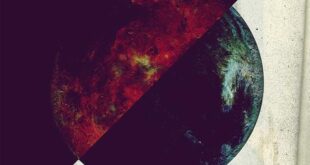 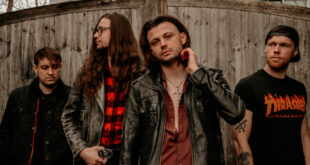 It’s Friday and the sun is shining (finally), and there is no let-up in the number of artists finding inspiration during the pandemic. Here is a small selection of recent single releases that are catching our attention. From country/pop from Wales, prog metal from Finland, and old-school metal from Scotland, to a welcome return from a proto-punk band from the late ’60s, and Prog from England, it’s a melting pot of different styles. As usual, just click on the artist’s name in bold, and it will take you to the relevant YouTube video.

Eleri Angharad is a country/pop artist from Swansea, Wales, trying to break through into a very crowded marketplace. Calling on a wide range of influences, Eleri plays a brand of music that slowly ensnares the listener, and before they know it, they are hooked. New single ‘Delete It’ is a slow-burning, piano-driven, perfect few minutes of a blend of country and pop. The country-twang of the guitar is quite subtle, and never too overpowering, so much so that anyone with an aversion to a twang or two, might not notice. The main instrument here is Angharad’s light and dreamy vocal style, perfectly complemented by the piano tones that help create a floating vibe. 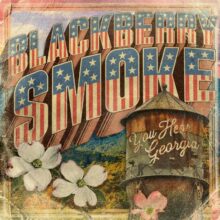 On their brand new single ‘Hey Delilah’, Atlanta, Georgia-based Blackberry Smoke continues to make it look effortless. A track so laid-back that it’s practically horizontal, and where other bands might be tempted to add some pace in the latter stages, Blackberry Smoke simply let it simmer away. With a gorgeous slide guitar tone from Benji Shanks, lush backing vocals from The Black Bettys, and an easy-going vocal performance from Charlie Starr, this is as smooth as they come. Look out for the new studio album, ‘You Hear Georgia’ on 28th May 2021.

UK-based Gravity Machine are multi-instrumentalist & vocalist Niall Parker, and Bob Shoesmith on drums. Although there is a strong Prog influence running through the incredible debut album ‘Red’, you are just as likely to also pick up a hint of world music or folk. A great example of storytelling through songs, ‘Red’ takes the listener on an emotional journey from start to finish. The songs also work just as well as standalone tracks, and new single ‘She’s Calling Me Home’ is the latest example of this. Gritty, authentic vocals from Niall Parker on a slowburning track full of explosions of sound mixed with quieter, atmospheric moments. The guitar work is at times stunning, as is the stellar drum sound from Bob Shoesmith (especially the impressive hi-hat work), nice addition of a deep organ sound, with all combining with great effect to create a warm, magical listening experience for the listener.

Finnish multi-instrumentalist Mika Kivinen delivers his latest release in the shape of four minutes of throbbing, multi-layered progressive metal simply known as ‘SEA’. His pulsing synth heralds in the track before changing tact to a Gary Numan-esque synth sound on a track where you might pick up hints of Rush, Dream Theatre, and Queensryche. Delivering a Geoff Tate-like vocal performance in places, vocalist Berzan Önen is a revelation. Constantly mixing up vocal styles, he brings an almighty sense of power to the party, capable of hitting the high notes with ease, and holding them. The standard of playing from Kivinen and drummer Giovanni Cilio is exceptional, and the end result leaves the listener seeking out more information on the band.

Las Vegas-based rockers Lovesick Radio had Classic Rock Magazine drooling with delight over their single ‘Nothing Left To Lose’, and now the former ‘Track of The Week’ is back on the radar with the release of a brand new lyric video for the track. Opening with simple guitar licks and organ flourishes (courtesy of Todd Ogren from Rival Sons), the track settles into a swaggering slice of good-time, non-fussy rock’n’roll with dashes of Southern rock thrown in. With his deep, throaty vocals, Troy Brown provides the biggest surprise; the intro set the scene for some higher vocals, perhaps Jay Buchanan-like, and it comes as a thrill when Brown comes in with a vocal style perhaps more akin to Chris Robinson of Black Stone Cherry. Fantastic pacing throughout, and with Kevin Shirley behind the mixing desk, the sizzling guitar work is front and centre. Expect an album some time soon-ish. 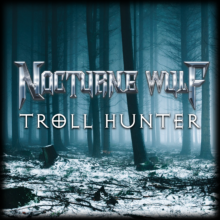 They are Nocturne Wulf, and they play heavy metal. New single ‘Troll Hunter’ (yep, THAT Troll Hunter) is an unashamed, heads-down, neck-straining slab of old-school Metal (with a capital M) that feels like a Scandinavian ice-dip first thing in the morning after a night on the lash. At 2:44 minutes in length, it doesn’t hang around. Packed full of razor-sharp riffage, top-quality bass drum work, aggressive vocals, and a chorus that is easy to chant along to, ‘Troll Hunter’ is a short, sharp, punch to the solar plexus from the Scottish metallers.

Hailing from York, Pennsylvania, Small Town Titans play a muscular brand of heavy rock that tends to knock the listener for six and leave them lying on the floor (previous single ‘Rufflin’ Feathers’ being a great example). Latest single ’9 to 5’, however, turns it down a notch or two on a simple, heartfelt ode best summed up by STT bassist/vocalist Phil Freeman – “‘9 to 5’ is the ultimate salute to the hard worker and how they deserve to enjoy the fruits of their labors once in a while. We all deserve to take a load off, and that’s what this song is all about.” ‘Nuff said really. The end result is a fantastic drinking song, tailor-made for some cellphones-in-the-air action once gigs return. One of those songs that most people can identify with, from a band that has a certain whiff of “when rather than if” about them. In Phil Freeman, they have a vocalist with a Cornell-sized range, nothing seems forced with him, and that natural, organic vibe is so appealing. 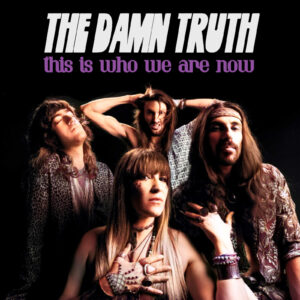 A few years back at DGM Towers we got word from an American publicist about this hot new band from Montreal, Canada who were “ones to watch”. Fast forward a few years and the band in question; The Damn Truth, are working with uber-producer Bob Rock in Bryan Adams’ recording studio “The Warehouse” in Vancouver. New single ‘This Is Who We Are Now’ is the first material to go public from the sessions that make up the forthcoming new album ‘Now or Nowhere’. Vocalist Lee-la Baum has drawn comparisons to greats like Janis Joplin, and while it’s easy to see why she has, she is not the “next Janis Joplin”, she’s the first Lee-la Baum. With nine years experience under their belts, The Damn Truth have been slowly building up a head of steam, and the growth amongst the band is highlighted on ‘This Is Who We Are Now’. A live right-here-right-now slice of honest, authentic music that reinforces the fact that no matter what the mainstream press says, rock & roll will never die. 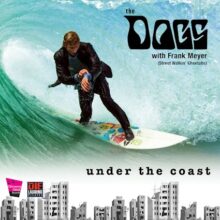 Michigan underground proto-punk legends The Dogs are back to show the kids how it’s done with their brand new single ‘Under The Coast’. A rip-roaring, snotty, state-of-the-union address that backs up the old adage that although form is temporary, class is permanent. Formed way back in 1968, The Dogs have had a few periods of hiatus, most recently in 1989 when guitarist/vocalist Loren Molinare began plying his trade with Little Caesar. Since the year 2000 the band (Molinare, Mary Kay (bass), and Tony Matteucci (drums)) have been bringing their own brand of in-your-face attitude-filled music to audiences everywhere, and with the current shitshow that is the modern world, there is no better time like the present for Molinare to be spitting out lyrics again. Kick-ass riffs, punk fuelled power-pop melodies, and Frank Meyer (The Streetwalkin’ Cheetahs, James Williamson & The Pink Hearts) on guest vocals and guitar. If Ginger Wildheart is looking for the perfect opener for the upcoming Wildhearts tour, The Dogs would be a great shout.

Leaning more towards a grungier, alt-rock sound, than a more traditional meat-and-two-veg classic rock sound, Verity White constantly offers up something new with each release. New single ‘A Little Bit Of Trouble’ (lifted from the recent ‘Ungrounded’ EP) begins with a simple, clean, guitar tone (courtesy of Alex White) that instantly pricks the ears to attention before Verity comes in with a chorus that oozes earworm moments. Verity’s vocals grow in stature with each outing and her upcoming appearance opening for Toyah later this year at The Robin 2 in Bilston is such a perfect match. Two artists from different decades with a shared sense of originality who just happen to dance to the beat of their own drum. 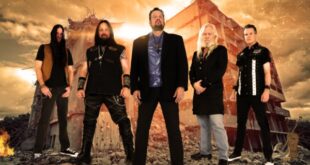 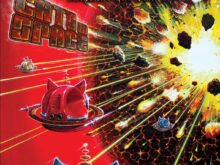 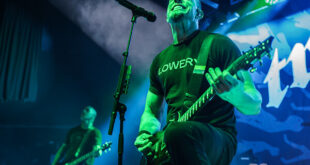