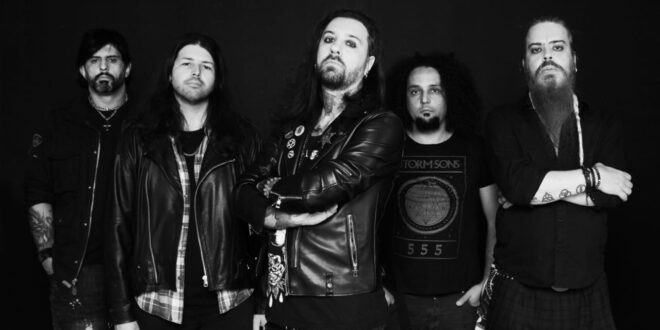 Brazilian stoner metal band StormSons releases the new music video for the single “The Heaven’s Envy”. The video was produced by vocalist Kadu Pelegrini, with the studio Xtudo, and is part of the series of videos that the band is producing to promote the work in several countries. The last release, “Black and Gray” had great repercussions in the international media and has been conquering a legion of fans.

The band is in the studio preparing their second album, which will be released this year and has special guest appearances. The new work will have an even more evolved and consistent sound and attitude.

StormSons is a Stoner Metal/Southern Rock band from Brazil formed in 2015. It has as main influences are Black Sabbath, Pantera, Metallica, HIM and Depeche Mode. The video for “Hollow Man”, released in 2019, has more than 50,000 views in a few months on youtube. The band has already opened the show of the legendary Scottish band Nazareth in São Paulo, making a visceral and memorable performance for the crowd present. In 2019 Stormsons releases its first self-titled album with 13 songs after the successful debut EP “555” and firmly define its personality and name in the scene because of the heavy lyrics of the occult, striking melodies and choruses and heavy arranged riffs, combined with impressive visual arts, form a set of elements that translate exactly the essence of the Stormsons. In 2020 the band continues its climb, being featured in dozens of media outlets such as specialized websites and blogs around the world, in addition to having songs played on several radios around the world with 100% positive and upward feedback.