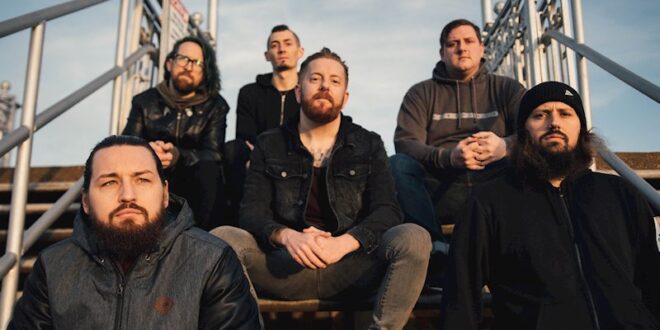 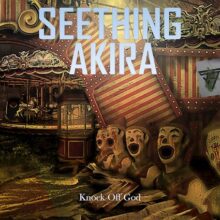 ‘Knock Off God’ is a twisted aural assault, eveything you’d expect from Seething Akira, and more, and sees them kick off their campaign to a new album release later this year in fine style!

Innovators and outstanding performers, SEETHING AKIRA is an award winning UK band known for infusing rock, electronic dance music and drum and base with shredding metal guitars and commanding vocals. Winning such competitions as Bloodstock, Metal To the Masses, Breakout Festival selection by Sikth and Portsmouth Guide awards Best Band 2018, SEETHING AKIRA are truly unique in a world of copy culture.

Together with the voices of Kit Conrad & Charlie Bowes, SEETHING AKIRA have been tearing venues apart with their incredible, high energy live performance since 2012. With UK and EU tours under their belts, the band have put their stamp on festivals such as Victorious, Bloodstock, Camden Rocks, Techfest and Festival De Musique (Belgium) amongst others.
Having remixed for electronic crossover legends such as Pig & Empiron and worked with Ex Prodigy Jim Davies, SEETHING AKIRA are set to become the future curators of Crossover music.

“They are a band that need to be seen to be believed, especially in the live environment, where they truly thrive, being in their element. It’s no surprise that they have already supported the likes of Skindred, Hacktivist and Don Broco.”
Dark Art Conspiracy