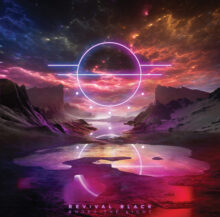 UK hard rock champions, Revival Black are delighted to release a brand-new video for their latest single, BELIEVE. It is the first song to be released from their forthcoming second album, entitled UNDER THE LIGHT to be released 06 May 2022.

BELIEVE is the first new music since their stunning debut album, ‘Step In Line’, Oct 2019 and their award winning LIVE DVD/CD ‘Live In Your Lounge’ Dec 2020, released in the depths of the COVID pandemic as part of an audience-free streaming performance.

BELIEVE spearheads the long awaited second album by the Liverpool quintet and as a song, ended up becoming the steppingstone between albums one and two. As singer Dan Byrne, explains, “Believe, both musically and lyrically, came together almost a year before the rest of the new album, having made its first appearance during The Rising Tour. This was the first song written after the success of the debut album ‘Step In Line’ and we found that it set the precedent between our favourite aspects of our first album and the direction in which we wanted album #2 to head towards. It has since been tweaked to reflect a balance of the song’s original vibe combined with the energy of our live shows.” 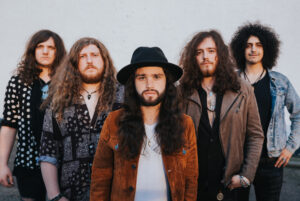 Dan continued, “Believe, is the one track on the new album that was recorded separately to every other, just because of how things landed during this god-awful pandemic we remain in. It was also the first opportunity since Step In Line for me to explore my vocal range, as you’ll hear in the chorus. Like all of our songs it was essentially recorded live in the studio to ensure we harnessed the energy we generate as a band.”

He concluded, “Under The Light came out exactly as we envisaged. We used Loic at Motor Museum again as it give us a familiarity but now we were even more comfortable as a band since the first album. We are sharper, leaner and dare I say, hungrier than on the first album. And if you thought we were ravenous then – wait until you hear this!”

Under the Light is available for pre-order in various formats and is the very first release on the new label imprint – TMR ROCK RECORDS – an offshoot of the band’s management agency. www.revivalblack.com

Previous Alex Lifeson Returns With New Band Envy Of None
Next Waking The Angels: New Single ‘Stand Back From The Redline’ 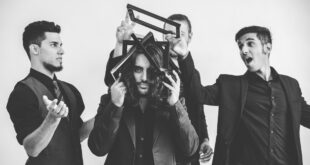 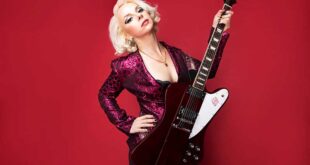