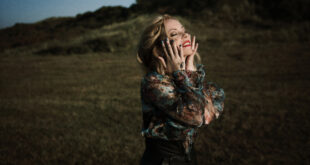 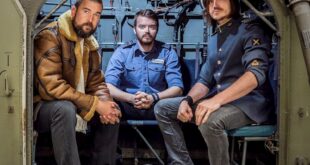 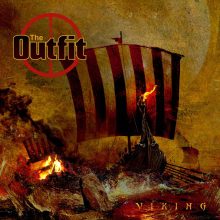 In the clamour to produce what could be classed as an “original” sound, a great deal of bands, courted by the mainstream music press as ground-breakers, forget about that one all-important factor; songcraft. There’s nothing wrong with not reinventing the wheel. Wheels are fine as they are. Writing well crafted songs that people can identify with, despite being familiar, that’s where the real magic is. Enter Chicago-based veterans The Outfit with sophomore album ‘Viking’.

Crank this sucker up to 11, and you’ll pick up a major Foo Fighters influence (especially on ‘Little Bit’), maybe even a grunge-lite hint of Stone Temple Pilots on ‘Wolves’, or early Shinedown on the immense ‘Bleed In The Dark’, and at times during the darker tones of ‘Sirens’. Regardless of what other band you get a hint of, ‘Viking’ is ultimately a very strong mainstream rock album, albeit one that is slightly heavier than what the mainstream might actually class as mainstream. It’s ten tracks of guitar-driven rock, commercial enough not to scare away those that only dip their toes into the genre (‘Sitting Here Alone’ is a classic Weezer-meets-Cheap Trick moment), while retaining enough bite to please even the most fussy rock fans (opener ‘Come Alive’ simply sizzles, as does ‘Carnival’ and the titanic title track which suggests a Volbeat influence).

The twin guitar attack from Andy Mitchell and Matt Nawara forms the core of the sound, especially on the towering ‘Sirens’ and the drool-inducing cover of SAHB’s ‘Midnight Moses’. There’s something primal about ‘Midnight Moses’ and it has been covered by all and sundry. Here, the boys from Chicago do it great justice, especially the backbone of the band; drummer Mark Nawara and his cohort on bass Mike Gorman.

One of those moments where taking a chance on a name that you might be unfamiliar with pays off.