The story behind an album is always interesting but for Dorothy Martin, the story behind the third studio album as front person for the pseudonymous, rock band Dorothy is something extraordinary. On her tour bus some three years ago, Dorothy’s guitar tech overdosed and Dorothy instinctively began praying for his survival. While he may have temporarily died, the technician was astonishingly, miraculously restored back to life. This event, which could have been so tragic, caused Martin to have a spiritual awakening and the seeds for ‘Gifts From The Holy Ghost’ were sown. Whether or not it’s down to this close brush with death, on ‘Gifts From The Holy Ghost’, Dorothy sounds reinvigorated and the end result is her strongest release to date. 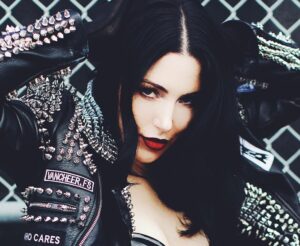 Coming in at ten tracks in length and with a combined running time of thirty-five minutes, ‘Gifts From The Holy Ghost’ is lean and refreshingly free of filler material to pad the album out. ‘Gifts From The Holy Ghost’ is a rock album perfect for summer nights cruising in a convertible with the top down, and the hooks are massive, meaning it’s easy for the listener to instantly form a connection with each track. ‘Beautiful Life’ is such a strong album opener and tailor-made for those trips in that convertible mentioned earlier. It’s like that social media challenge where you have to listen to some metal without headbanging, instead, you need to tackle ‘Beautiful Life’ without singing along like a loon, even though you have just heard it for the first time. One of those tracks that sounds absolutely massive with each listen, and causes the listener to break out in an ear-to-ear grin. Although this album might have been born out of frightening circumstances, it is good fun.

‘Big Guns’ is played at a slower tempo, with a slow, snarling vocal performance from Dorothy, but it swings like opening day of baseball season and hits just as hard. ‘Rest In Peace’ will be licensed out to HBO and every other studio because this one is widescreen atmospherics at every turn. From the slow smoldering opening few moments to the foot-stomping drum sound, and the powerhouse vocals that sound like they were born to be screamed from atop a mountain; this is towering. Hadn’t Jax Teller taken a detour straight into a semi-truck during the finale of ‘Sons Of Anarchy’, and was still doing that brooding look and hardman walk that he was famous for, then ‘Rest In Peace’ probably would have featured in heavy rotation and the FX Network would be paying for another wing at Casa Del Martin. 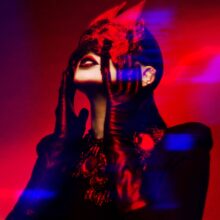 Lots of variety on the album; ‘Top Of The World’ begins with an eerie vocal in the background, but soon turns into a bluesy-swampy shitkicker with a killer alt-rock guitar sound, ‘Hurricane’ is light and commercial (thanks to the 80s vibe speckled throughout) but yet still possesses a wicked side, ‘Close To Me Always’ is perhaps the best ballad that Roxette never wrote and even when Dorothy slows it down with the latter, it still comes with a bit of a bite to it, the riotous ‘Black Sheep’ is such good fun and pretty damn irresistible, and thanks to the (as bizarre as it sounds) early Rush-meets-southern rock tinges, the title track is neck-and-neck with ‘Rest In Peace’ in the race for favourite track.

A fantastic album for anyone who has a hankering for some guitar-driven, hook-friendly, rock and roll, ‘Gifts From The Holy Ghost’ is available now on Spinefarm Records, more information, here.  All we need now are some UK live dates and given Lzzy Hale’s tendency to take bands out in the UK that Halestorm has toured with in the US, then perhaps a Halestorm/Dorothy arena tour is just around the corner – one can only hope.