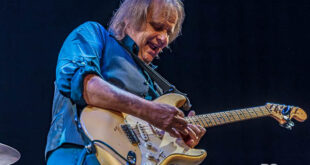 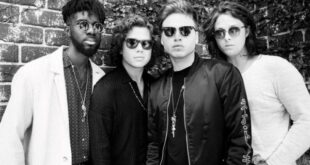 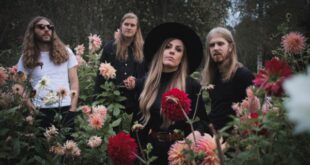 Almost 47 years ago, Bruce Springsteen played his first-ever show outside of his native America when he performed the first of two shows at London’s famous Hammersmith Odeon. “Finally London is Ready for Bruce Springsteen and The E Street Band,” proclaimed the marquee outside the venue. For Springsteen, it got worse when he got inside the venue, as he recalls in his memoir ‘Born To Run’: “Once inside I am greeted by a sea of posters on every available flat surface and in every seat proclaiming me THE NEXT FUCKING BIG THING!” – he, in turn, tore down as many of the posters and advertisements as he could. The big-label hype machine had gone into overdrive and a bit of a Springsteen backlash ensued, it would be six years before he returned to Europe. Fast forward to June 12th, 2022 and Californians Dirty Honey are making their debut UK headline appearance, it would seem that finally, the UK is ready for Dirty Honey, and unlike 1975, this time there is zero big-label hype, or posters proclaiming the second coming – instead, it is genuine word-of-mouth that has created the buzz (sorry, had to do it) surrounding Dirty Honey, and – somewhat bucking the trend of late – tonight’s venue is packed out.

If there are any nerves or any pressure about performing their debut UK headline show, then the band is certainly not showing it, especially guitarist John Notto who, despite the stifling heat, is looking resplendent in his Sgt Peppers-like tunic and trademark shades. As the band launches into opening number ‘California Dreamin” it quickly becomes apparent that Dirty Honey has confidence by the bucketload. Not arrogance, that’s totally different. A confidence that comes from knowing that they have that special spark, that certain something to make them stand out from the pack. Of course, it helps that they have the material to match the confidence, and the Aerosmith-strut of ‘California Dreamin” acts as a perfect introduction to the band for whom many will be catching for the first time, unless, like the band, they hot-footed it up the M6 after a flying visit to Download Festival. Heaps of Aerosmith vibes throughout the 75-minute set; vocalist Marc LaBelle channels his inner Steven Tyler on many occasions and packs a fair few Tyler-isms into his stagecraft, and ‘Tied Up’ and the funky segments of ‘Rolling 7s’ both bring a ‘Last Child’-like groove to the evening, but it’s the chemistry between LaBelle and Notto that sparks the biggest Tyler-Perry flashbacks, especially when they lean into each other and share the mic on that aforementioned glorious run-through of ‘Rolling 7s’. 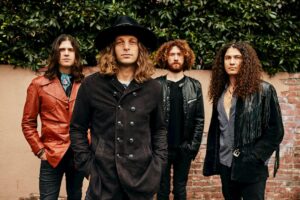 ‘Heartbreaker’ (dedicated to the “women of Glasgow”) brings more of a blues-rock feel to the evening, and although LaBelle is putting in the performance of his life, it’s hard not to focus entirely on bassist Justin Smolian who looks and plays like Deep Purple-era Glenn Hughes – right down to the dazzling use of his pedal board (especially on the big-ass ‘Scars’ where Smolian combines to great effect with drummer Corey Coverstone). The energy from the four performers is dizzying at times, with LaBelle, Notto, and Smolian all spending time on the barrier getting intimate with the front few rows, although adding a sequence of bass/drum/guitar solos in a 75-minute set is quite baffling and the momentum gathered from a killer rendition of AC/DC’s ‘Shoot To Thrill’ stutters for a few minutes. Normal service is resumed with a euphoric ‘When I’m Gone’ which rather ironically sees a near-miss between LaBelle and Notto after the vocalist sings the “…miss me when I’m gone…” line and turns just as Notto is also turning and nearly gets a headstock in the face. 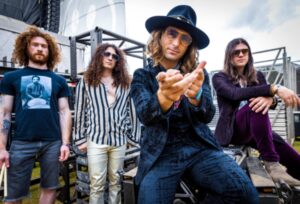 Before launching into closing number ‘Rolling 7s’, LaBelle states that everyone gathered “…made history right here on a Sunday night in Glasgow”…and after such a memorable evening, it’s hard to disagree with him. After two years of uncertainty and misery surrounding the live entertainment industry, the most heartwarming sight of the evening was the extensive queue to buy merch after the show, from a band more than happy to sign anything put in front of them and pose for countless selfies without rushing the punters away. A magical way to end a special evening. A band not to be missed.

Catch Dirty Honey on one of the following shows: