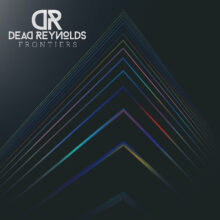 East Anglia based alt-rock outfit Dead Reynolds return with their sophomore release; ‘Frontier’. Four high-energy, uplifting tracks that don’t hang around, from a band championed by both Classic Rock Magazine and Kerrang Radio.

Names such as Funeral For A Friend, Frank Carter, and Deaf Havana are usually thrown into the mix when comparisons are required for Dead Reynolds. Add a snifter of some pop-punk, some Alter Bridge-like riffage (especially on ‘Bright Lights’) and a hint of Thirty Seconds To Mars here and there, and you are almost there. ‘Frontier’ is guitar-driven music, with huge hooks ready-made for Reading and Leeds, as well as Download Festival and Slam Dunk. So good luck with the pigeonholing.

‘Frontiers’ kicks off with the crunching power chords of ‘By Your Side’, and the stellar, modern production elevates the band to another level. Fantastic vocal hooks throughout, light enough to keep the casual listener entertained, and coupled with the riffage, it’s heavy enough to keep onboard those that like their music a tad harder. ‘P.S (I Loathe You)’ has loads going on during its three minutes; more power chords; great riffs; short-but-sweet pounding drums; some neat bass noodles; tasty gang-like backing vocals; and another killer vocal performance from Callum Waterfield. ‘Bright Lights’ is more angsty, which means the Alter Bridge-sized riffage seems more at home. The short EP ends on a huge, soaring moment with ‘Lines’, one of the catchiest bangers to be released this year so far. The drum sound from Luke Green is immense (as it is throughout the four tracks that make up ‘Frontier’), and the crisp production puts him front and centre, and keeps him there.

Four tracks of Summer-ready anthems with oodles of riffs, and power chords by the bucketload. Such a shame that Summer (and 2020) is officially cancelled, as Dead Reynolds under the skies, in a field somewhere, would have killed and left the stage with a legion of new fans tucked safely in their pockets.