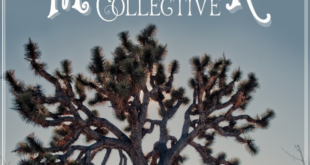 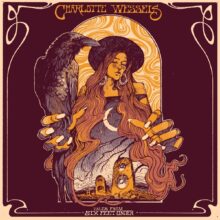 Launching her Patreon page in May 2020, Charlotte Wessels began to use the platform to share her non-Delain material that fell out of the parameters of what a symphonic metal outfit “should” sound like. A community was created, new songs and new art were brought to life in her own Six Feet Under Studio, and released directly to patrons each month. And then the floor gave way with the implosion of Delain. Thankfully Charlotte had her community to retreat to and new art to work on, and the fruits of her labour are now available for non-patrons to immerse themselves in with the imminent release of a compilation of ten “Songs of the Month”; ‘Tales From Six Feet Under’.

The first thing to note is that this is not what you might class as a traditional album, it is a collection of tracks released to patrons (on the 13th of each month) and highlights how much Charlotte has grown both in confidence and also as an artist in the relatively short time since launching her Patreon page. The other thing to note is that if anyone is expecting ten Delain-like tracks then they will be in for a surprise as the ten featured tracks are anything but symphonic metal. The tracks have been created by Charlotte herself in her basement home studio and document an artist experimenting with technology as they bring parts of songs out of storage and give them life: with some incredible results. 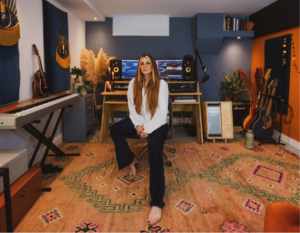 The ten tracks on offer showcase just how important a platform like Patreon is in giving an artist the chance to experiment musically without the harsh judgement that releasing new material in the open market can often bring. Would Charlotte Wessels have felt comfortable enough to release a track as wonderfully light and airy as ‘New Mythology’ (the very first “Song of the Month”) knowing that the track would have been pulled apart by keyboard warriors everywhere exclaiming “That’s not metal!”…probably not considering the average Blabbermouth visitor doesn’t quite grasp that an artist needs to grow and develop rather than stagnate. The lighter strains of ‘New Mythology’ show that Wessels has a great ear for poppier material, and ‘Masterpiece’ is kinda hard to resist, such a sweet, sweet lighthearted pop song that just happens to include a few F-bombs amongst a deeply personal tale of how everyone is a work in progress, and it would be no surprise if this track appears on a Spotify curated playlist alongside Olivia Rodrigo (#leaveoliviaalone #didyouforgetthatevenledzeppelinborrowedfromothers) – it really is pretty special. There are also some fantastic electronic-influenced moments on ‘Tales From Six Feet Under’; ‘Afkicken’ (performed by Charlotte in her native Dutch) is what you get when Muse and Florence Welch have too much to drink at Trent Reznor’s house and decide to jam, one of the strongest tracks on the album, it gets better with each listen as the listener discovers something new on each visit; ‘Source Of The Flame’ is the dark horse on the album, one of those tracks that listener thinks that they have all figured out, and once the slow-building synths fade out, the countdown to the expected explosion of sound begins…only for said explosion not to come, instead it’s subtle acoustic arrangements (including hypnotic percussion arrangements) that arrive and give the song a mysterious, atmospheric touch, and after some gorgeous, haunting vocals…the explosion of sound finally kicks in. At times it’s almost like the listener has stumbled across an outtake from a soundtrack to a Micheal Mann movie, and on the subject of movie soundtracks…feast on Wessels’ cover of ‘Cry Little Sister’ from the Lost Boys soundtrack and purr with delight; total sidebar – but Charlotte Wessels has the perfect, dreamy, soothing voice for the upcoming new season of Stranger Things…just saying. 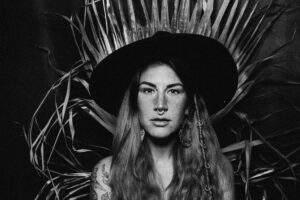 There are three cornerstone moments on the album, three moments that make the neck hairs stand to attention; first up is majestic, sweeping, opening track ‘Superhuman’ – listen to it through a decent pair of cans and simply melt away with the soothing vocals and lush arrangements providing a welcome break from the white noise of the outside world; next up is ‘Victor’ a Celtic-tinged haunting piece of art that piques the listener’s interest from the opening strains of a clarinet (played by Charlotte herself), the song is based on the poem ‘Demain des l’aube’ by French poet and novelist Victor Hugo and is a well-crafted, emotion-packed tour-de-force that leaves a lasting impression that lingers for quite sometime after; last of these three special moments is the album-closing track ‘Soft Revolution’. Who knows, maybe there are no real reasons for ‘Soft Revolution’ closing the album, but I would wager that it’s in that position because the artist knows that she has captured lightning in a bottle. It is simply magnificent and a track that is Charlotte’s defining moment as a solo artist to date, and arguably one of her top three career moments of all time. A track that is capable of reducing the hardest of hard-faced cynics to tears. Killswitch Engage’s ‘The Signal Fire’ was the outstanding track of 2019; in 2020 it was ‘Ding’ by Feuerschwanz with Melissa Bonny; in 2021 it is ‘Soft Revolution’ and I can’t imagine anyone topping the 6:44 that it runs for.

If extra points were awarded for the ability to surprise the listener into submission, then Charlotte Wessels would be the undisputed heavyweight champion of the world, for the listener genuinely does know what’s coming next with ‘Tales From Six Feet Under’. An album where you might just find yourself smiling, dancing, clapping, cheering, and crying. But above all, be prepared to pick yourself up from the floor. Straight into this reviewer’s top 5 albums of the year.

Available September 17th on vinyl and download, via Napalm Records.