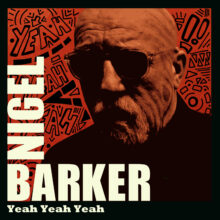 Nigel Barker has announced the release of his new single Yeah Yeah Yeah which will be available on all major streaming sites from 10th July 2020.

Yeah Yeah Yeah is a gritty, accomplished, mesmerising track and is the second single release from his forthcoming new album FIVE-The Fifth Album which comes out later this year. It follows the earlier release, in May of Telling My Troubles to Strangers which saw thousands of views of its video within days of its release and airplay in countries throughout Europe and the USA.

There’s good reason why Nigel Barker is making such a big impression, he’s an innovative, quirky and interesting songwriter with much to say. In a time when so many bands claim to be ‘breaking the mould’ Nigel really is, this is different, this is truly great music.

Nigel says “Yeah Yeah Yeah. What simpler title could you have for a piece of pop music? I’d been meaning to write this song for some time but never got round to it as I was attending to more sophisticated compositions. I really don’t know why I put it off for so long but it’s turned into one of the most rewarding songs I have ever written.

What makes it unusual? It’s a song written on what some people call a Diddley Bow or a one string guitar. A diddley bow is basically a piece of four by two about three foot long with one string nailed on it. Add a pickup and then crank it though an amplifier with a bit of overdrive and it sounds …well pretty darn’d good!!

Then get yourself a good beat and a handful of lyrics, find a simple riff or two and you got a song in a couple minutes. That was the birth of Yeah Yeah Yeah and here’s the lyric:

Who put the ‘one’ in lonely

Or put the ‘us’ in trust

You have to love somebody

‘Fore the shine turns to rust

You have to love somebody

You got a love somebody

I reckon if Jesus were around today he’d be playing a one string and singing this from the mountain tops!! I’d give him a few tips on how to play it right of course. Here’s the next verse:

‘Who put the ‘two’ into into

Put the ‘three’ in as extra

Put the ‘four’ into foursquare

And ‘five’ as a vector

Got a message from Jesus

And it urged me to say

You got a love somebody 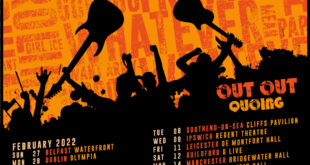 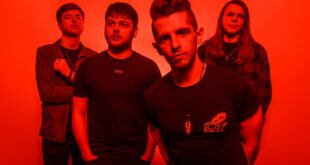