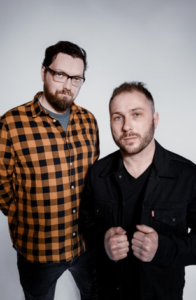 Imagine The Black Keys playing Black Sabbath songs and you’ll be somewhere close to what This Summit Fever does. Officially a band since 2021, This Summit Fever takes what was great about 70s rock, the fuzz riffs, and grooves, but leaves out the retro vibe. The duo – Andy Blackburn on guitars and vocals, and Jim McSorley on drums – have played alongside Raging Speedhorn, Boss Keloid, Tuskar, and Haggard Cat. New single ‘The Beyond’ has just been released and Andy joined us to talk about the formation of the band, and what people can expect from This Summit Fever.

What are the origins of This Summit Fever, how long have you been playing together?

I started this as a project during the Covid lockdowns. I had a lot of spare time when I wasn’t working so I turned some riffs I had into full songs. I released a few singles and some folks liked what I was making. Jim is an old mate so we got together to jam and we just kind of carried on. Officially we have been a band for just under a year.

What should people expect when they check the band out? How would you describe This Summit Fever?

We are a fuzz riff-rock band that has some stoner rock and doom influence to the sound. People can expect huge drums, heavy riffs, and lyrics about the human condition.

We played our first show on the 16th of September 2021 supporting Haggard Cat at Dead Wax in Birmingham. I’d say that we were pretty nervous and were a bit wooden on stage, haha. Since then we have played quite a few gigs and our confidence has grown. We really enjoy jamming live now.

The new single ‘The Beyond’ has just been released, had the song been brewing for a while before you went into the studio to record it? What subject matter does the song deal with?

‘The Beyond’ came together pretty quickly, to be honest. We try not to second guess ourselves and spend months and months writing one song. We like to record what we have quite soon after the song is written and that was the case with ‘The Beyond’. Jim heard it a couple of times and then tracked the drums. In terms of subject matter, it’s about overcoming a very dark period in life and seeing the light at the end of the tunnel so to speak. 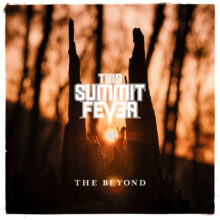 The video for ‘The Beyond’ is proof indeed that a video doesn’t need to have an over-the-top production to make an impression; who created it?

Actually, the idea of shooting a video in an infinite room was ours. A local video maker called Nick J Townsend had made a few videos in that particular room so we approached him to make it.

Is there more new music in the works?

Yeah, we are working on a couple of new songs at the moment. We hope to record again over the summer and release either a single or EP at the end of 2022 or early 2023.

In what ways do you feel that the band has grown since the early singles released in 2020?

‘The Beyond’ has kind of been a bit of an epiphany for us. In the beginning, the songs were written for a quartet or trio, but since we couldn’t find the right people to join us we made our sound work as a duo. These new songs will be arranged for a duo as we did for ‘The Beyond’. Sometimes limitation can be a blessing. 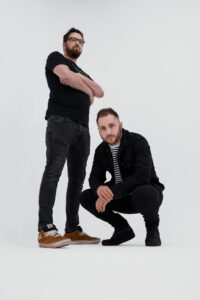 What can anyone buying a ticket for the show at The Black Heart in London on June 10th expect?

People can expect to see me and Jim doing our thing, which is playing these songs like our lives depend on it. There are only 2 of us but we make a big sound. We are on first so come down early doors to check us out.

I think what we do covers a lot of musical ground. We have very heavy moments and very quiet moments in our songs, and the root of the music is based on the blues. We have opened up for Metal bands and rock bands alike. If we had a chance though we’d love to open up for Down, or Kadavar, or Fu Manchu, or Monolord.

Black Sabbath – Ozzy, or Dio? Or both!

Ozzy. No question. Dio was a legend in his own right but for me, Black Sabbath sounded best at the start.

For me, it was hearing ‘And Justice For All’ by Metallica on cassette when I was about 12 years old. I attended a lot of shows including Ozzfest 98 – the bill included Pantera, Slayer, Foo Fighters, and of course Ozzy and Black Sabbath.

My last gig was to see my buddy’s band Kill The Witch in Cannock at The Station.

I think that it’s so wrong that in 2022 there are still people going hungry, yet the UK is one of the richest nations in the world. Obviously, there are other huge things going on, but for me seeing people that go to work having to use food banks isn’t right.

I love electronica as well as music with huge riffs. People might be surprised that I really like an electronic group called Bicep. I love so much music, if I like it then I listen to it no matter the genre.

Although 2021 was another year to forget, there were some amazing new albums released, what would be your album of last year? And, what new music have you been enjoying in 2022?

Tuskar have released an amazing record. Enjoying that one a lot.

We have some good gigs planned:

There are some others planned that we are just waiting for confirmation on.